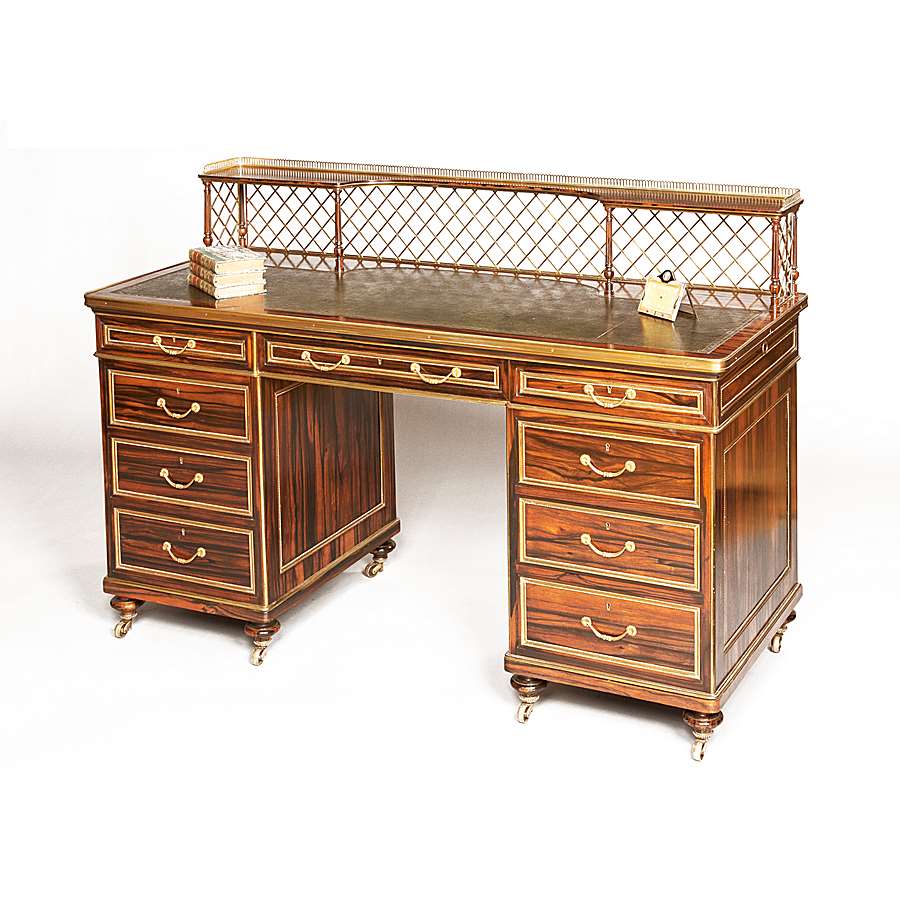 A virtually identical desk stamped Wright & Mansfield 104 New Bond Street, but in satinwood, was offered on the London market in June 2004