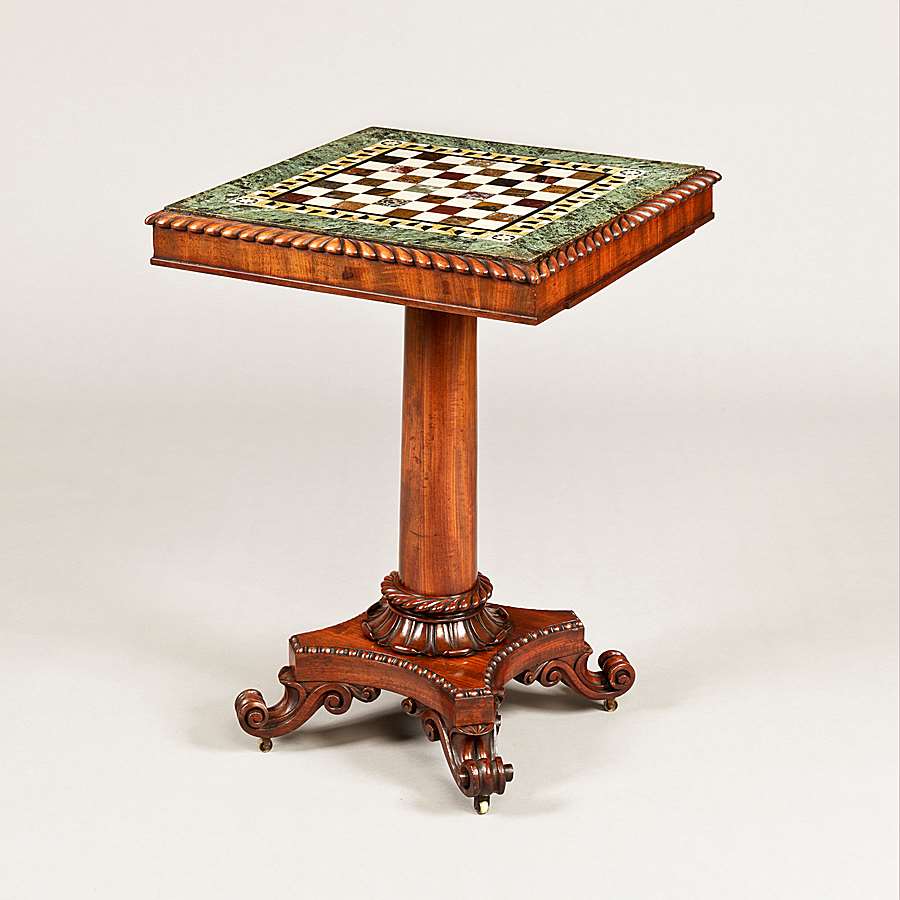 Constructed in a well figured goncalo alves, rising from scrolled legs on a castor shod tripartite base, the tapering central column rising from a lobed, gadroon and lotus leaf carved base, piped with an ‘egg and dart’ moulding; the gadroon carved frame having an extensible slide, and housing an Italian marble inset chess board within an Antico Verde framework.
Circa 1835

The Gillows Archives show several tables designed to house a hardstone games boards, and most prolifically in the 1822-1825 sketch and estimate books.