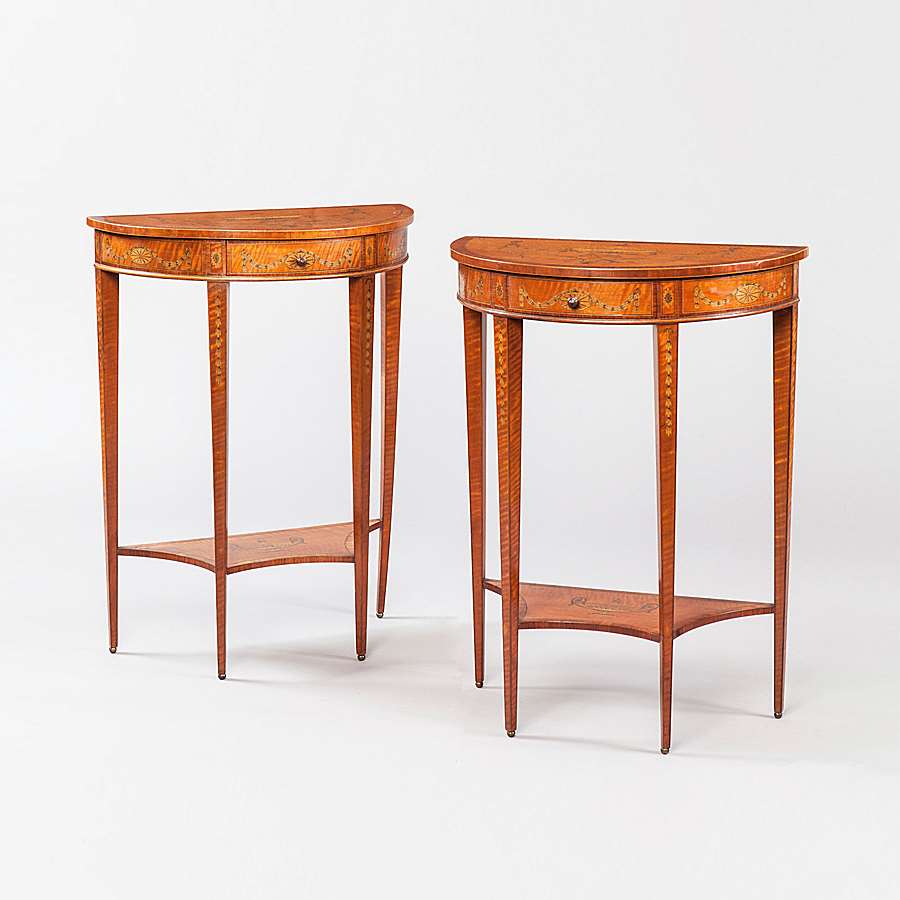 In the manner of Robert Adam, of demi-lune form, constructed in a well figured and grained West Indian satinwood, inlaid and cross banded; rising from tapering square legs, inlaid with pendant bellflower husks supported on brass ball feet, having shaped undertiers crossbanded in goncalo alves, and inlaid with Grecian urns, etched and shaded; the aprons house a single drawer, each inlaid with swags and garlands; the tops conformingly cross banded and inlaid.
Circa 1890

The firm of Edwards & Roberts was founded in 1845, and had premises at 21 Wardour Street, London. By 1892 they occupied more than a dozen buildings in Wardour Street, where they continued to trade until the end of the century.
Known and feted as one of the leading London cabinet makers and retailers, they worked in a variety of styles, both modern and revivalist especially furniture in the Neo Classical Adam revival, as well as the French furniture of the ancien régime, and exhibiting a range of ability in their products, from ‘very good to astonishingly good’. Their marquetry work, as in these examples, is of a quality that equals the creations of the French ébenistes of the eighteenth century.
The business involved making and retailing their own output, as well as adapting and restoring both English & Continental antique furniture, and many examples that bear their stamp or trade label have passed through our hands.