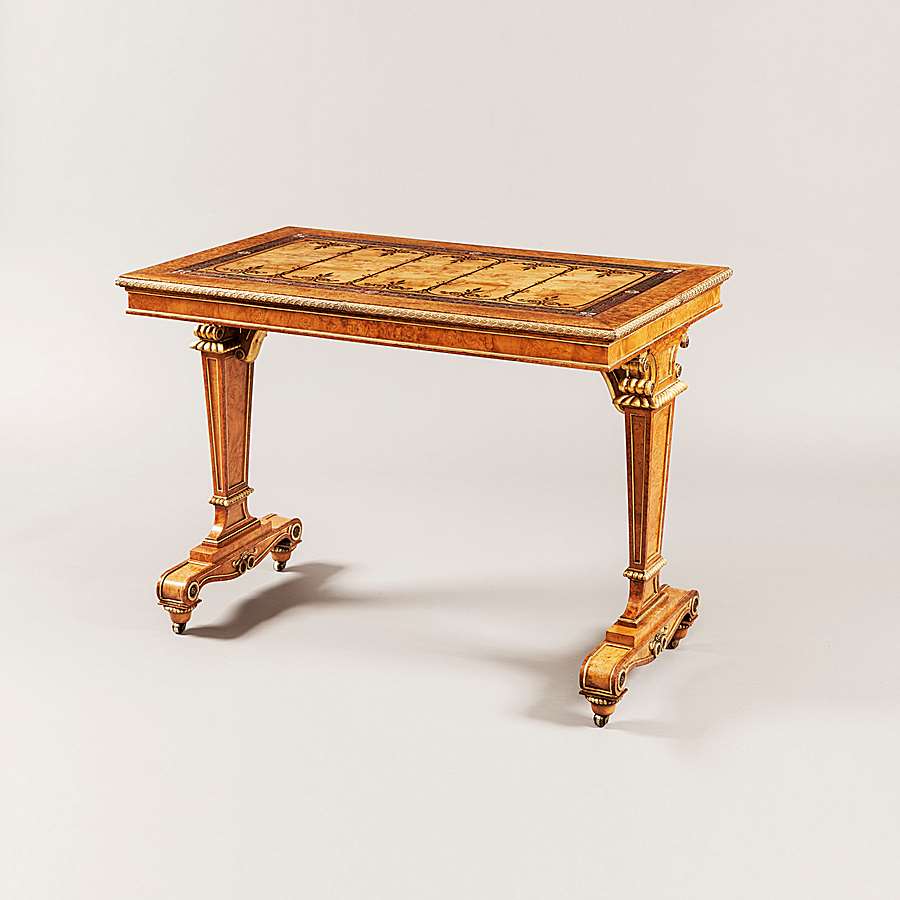 Nicholas Morel, in his appointed role of artistic designer worked with the large and well established furniture manufactory, Seddon and Sons to furnish Windsor Castle to the exotic taste of George the Fourth. Hugh Robert’s exegesis is recorded in his ‘For the King’s Pleasure’, published by the Royal Collection in 2001, illustrating many pieces of furniture using amboyna, bird’s eye maple and giltwork, notably with Boulle marquetry inlaid pair of centre tables, from the Large Drawing Room at Windsor.