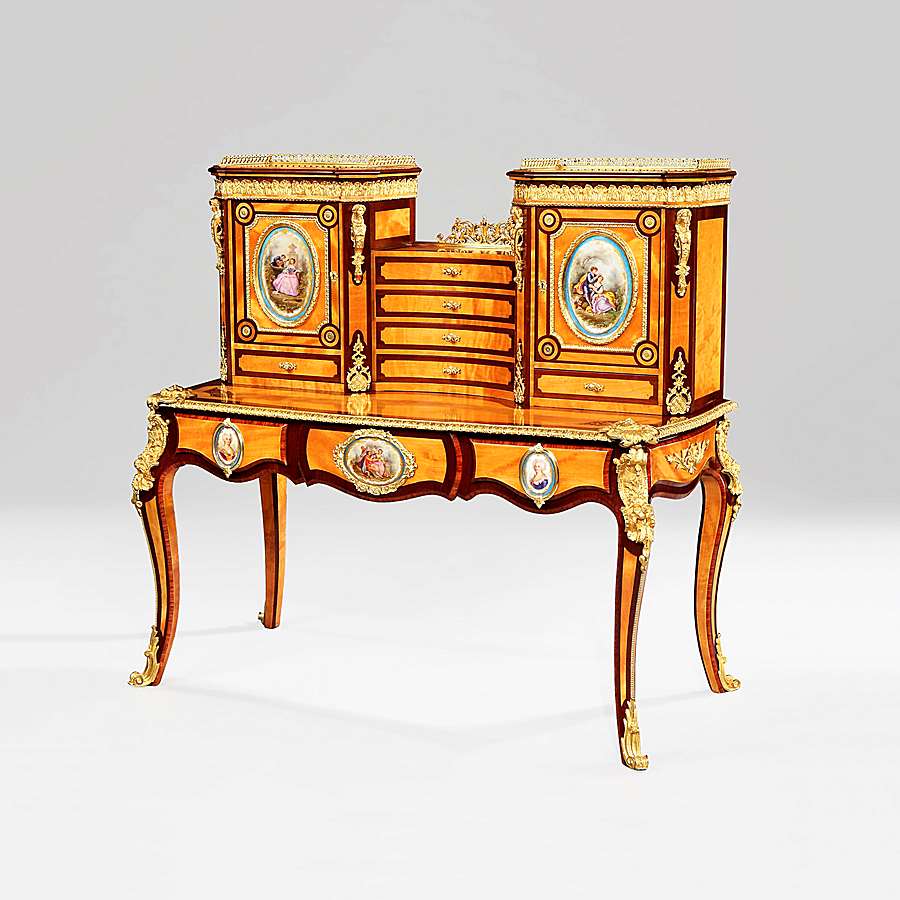 Throughout the construction, the Bois Citronnier ground is cross banded with Purpleheart. Rising from sabot shod cabriole legs, with pierced foliate mounts at the knees; the apron, of serpentine form houses three drawers,each faced with foliate form gilt bronze frames housing Sèvres plaques, a ‘fete galante’ to the centre, and the flanking drawers with ladies dressed in the style of the late ancien regime; all drawers accessed by concealed spring operated buttons: the writing surface edged with a gilt bronze guard cast with foliates and gadroons, having espagnolettes to the angles, and the superstructure having a central bank of four concave drawers, with mahogany linings, with a pierced and scrolled gallery over, which, when depressed, allows the drawers to be opened; the flanking cupboards, dressed with stiff leaf gilt bronze running bands, having elliptical gilt bronze plaques housing further Sèvres plaques of courting couples over drawers, which are accessed by use of a special tool: the tops of the cupbard are hinged, and are opened by means of concealed spring loaded clips, to reveal velvet lined compartments. The four canted angles of the superstructure, dressed with gilt bronze herms, house ‘pull-out’ secret document containers. A pierced and shaped gilt bronze gallery surmounts both cupboards.
Circa 1860