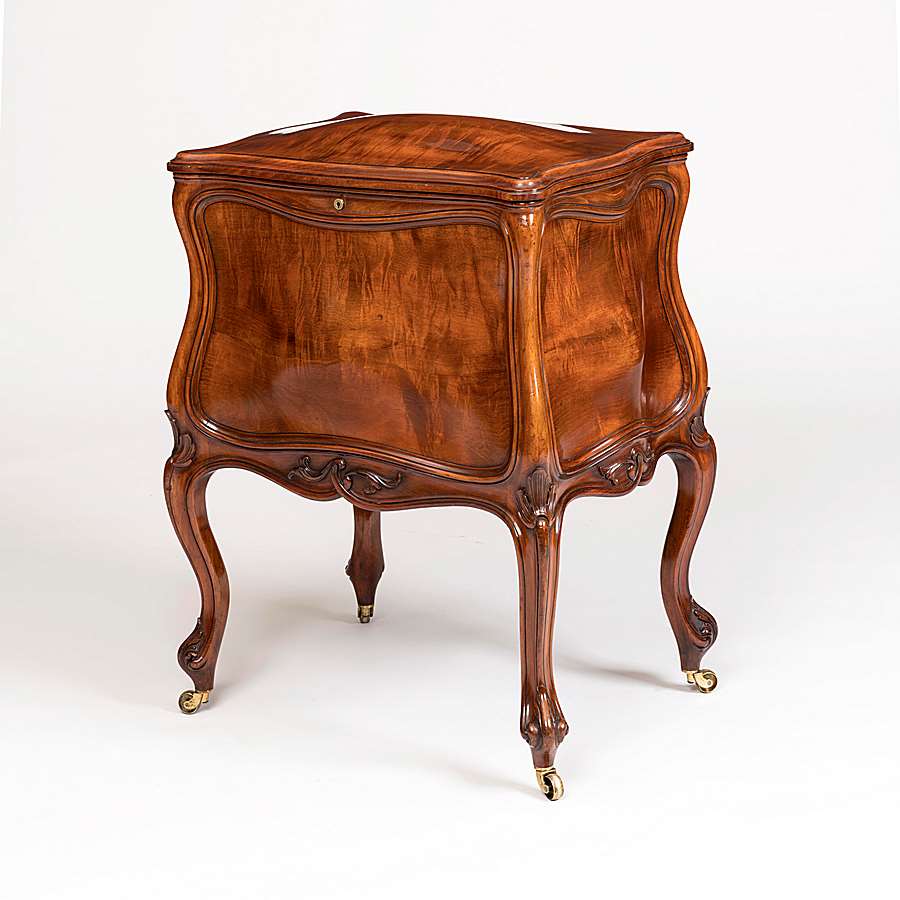 A Wine Cooler by Holland & Sons

Constructed in mahogany, rising from swept cabriole legs with castors; the bombe and serpentine form body having a lockable cover, with a Bramah lock, marked '124 Piccadilly', enclosing a removable silver plated rectangular container. Stamped to the inner lip 'Holland & Sons'.
Circa 1880

Joseph Bramah (1749-1814) was a practical Yorkshire inventor, responsible for the first flushing toilet, a beer engine and a quill sharpener, inter alia; but, his claim to fame was the founding of the Bramah Lock Company of Denmark Street St Giles London, in 1784, presenting his 'unpickable' lock to the world. The success was immediate, and the company moved to 124 Piccadilly, with a challenge to fellow locksmiths and felons -' The artist who can make an instrument that will pick or open this lock shall receive 200 guineas the moment it is produced'. The money was unclaimed for 67 years, eventually being opened after 51 hours of constant effort by an American locksmith, Alfred Charles Hobbs. The word 'brahmer' exists as an adjective in English vernacular to describe something astonishing or outstanding. The company still exists, as security experts and lockmakers, two and a quarter centuries after its' foundation.