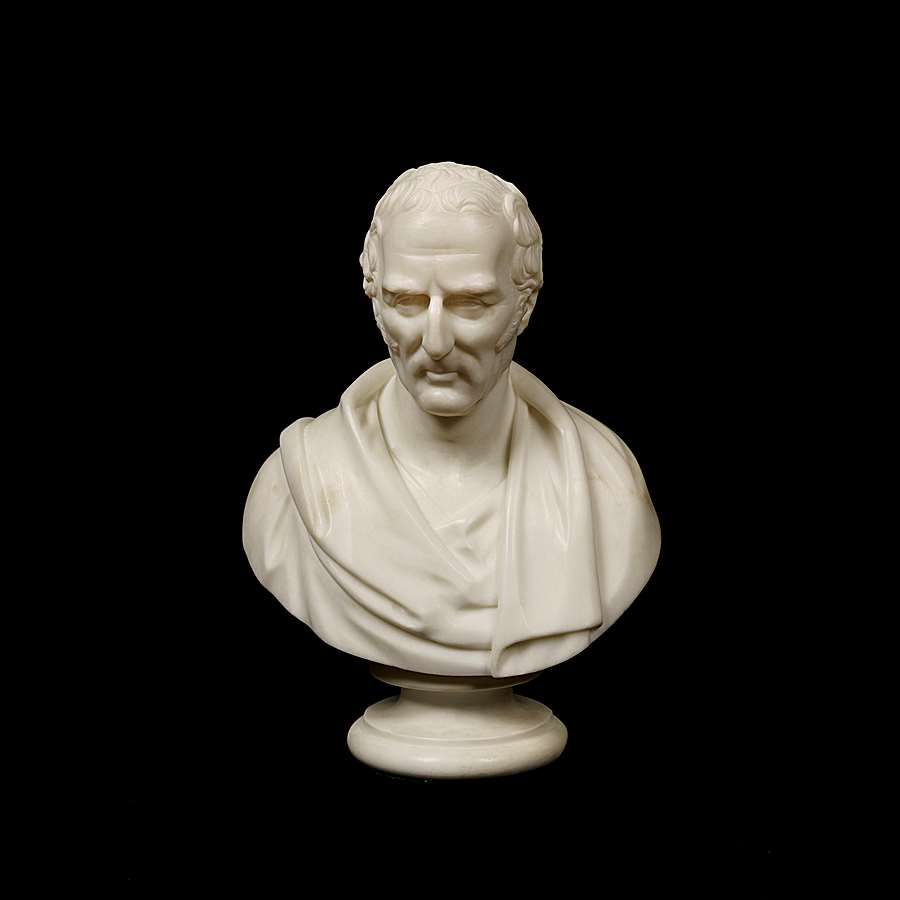 A Marble Bust of the Duke of Wellington by Robert Physick

Signed and dated 1853 to the reverse.

Recorded as a 'Sculptor' in the Post Office London Directory of 1851, Robert Physick (1816-1882) was one of a family of four brothers who excelled in art; after the death of the Duke of Wellington in 1852, mementoes of the great soldier statesman were in demand. A regular exhibitor at the Royal Academy between 1837-1856, and at the Royal Manchester Exhibition of modern artists in 1876 showing the medal winning 'Bacchante'.

Arthur Wellesley, 1st Duke of Wellington, KG, GCB, GCH, PC, FRS (1 May 1769 - 14 September 1852) was an Anglo-Irish soldier and statesman who was one of the leading military and political figures of 19th-century Britain, serving twice as Prime Minister. His victory against Napoleon at the Battle of Waterloo in 1815 puts him in the first rank of Britain's military heroes.