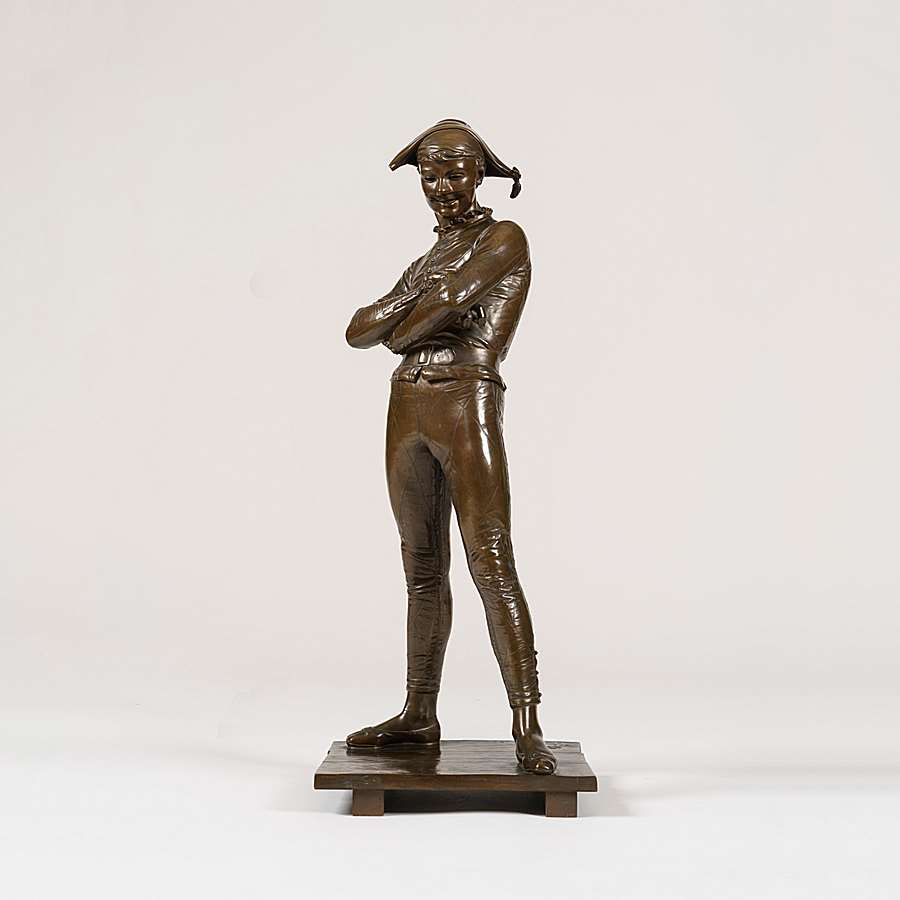 A Bronze Statuette of Arlequin by René de Saint-Marceaux