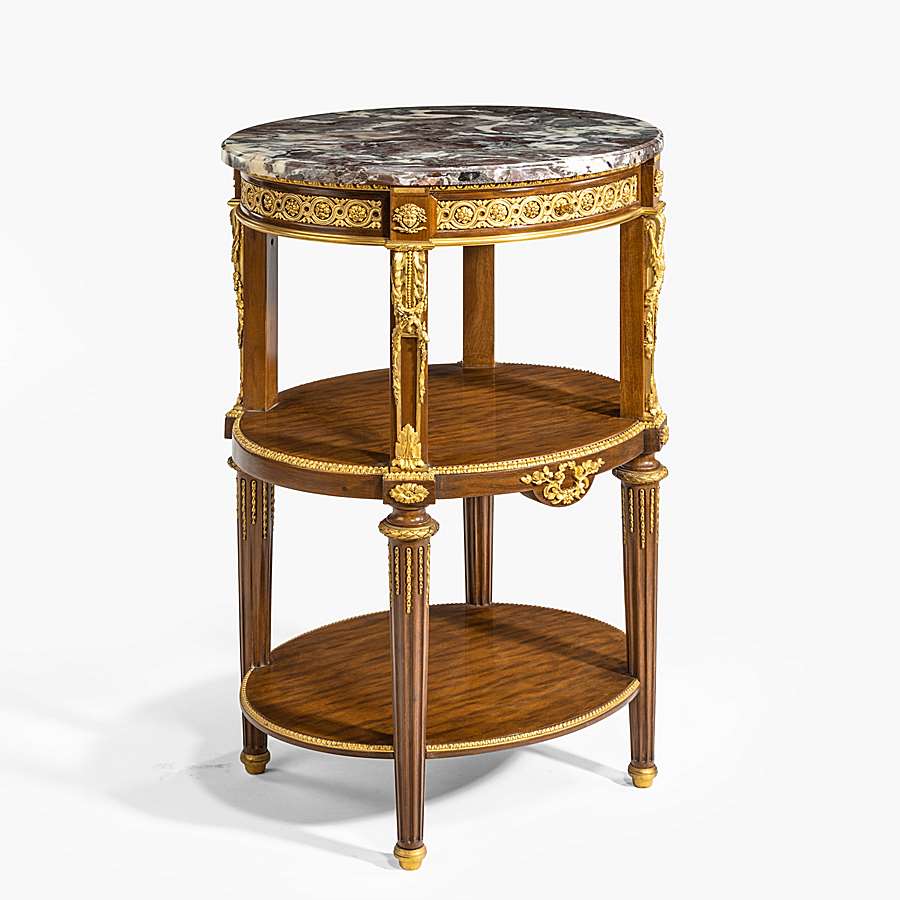 Constructed in mahogany and having a Fleur de Pêcher marble top, the three-tiered oval gueridon rises from gilt bronze toupie feet and rests on four tapering fluted columns, transitioning into quadriform upper pillars dressed extensively with ormolu. A single drawer set within the apron having guilloche-patterned gilt bronzes and masks of Apollo. Signed by the maker on the mount, "F. Linke."
French, circa 1900