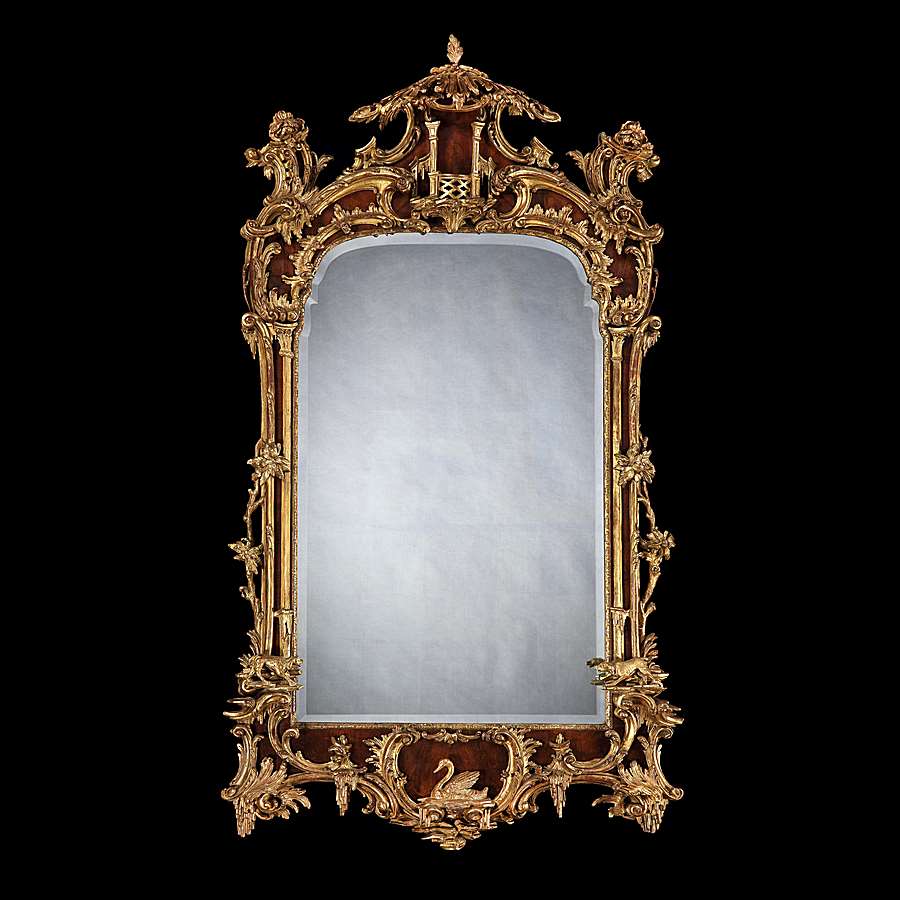 A Fine Looking Glass in the Mid Eighteenth Century Manner

A Fine Looking Glass in the Mid Eighteenth Century Manner

The shaped frame constructed of Walnut veneer, with extensive carved decoration, gilded, housing an arched mirror plate contained within a rococo border, showing icicle cascades, foliates, and animals and birds, and atop, a pierced canopied balcony, festooned with flowering roses.
English, Circa 1860.

Isaac “Jack” Barnato Joel, Childwickbury Manor, Hertforshire; and by descent.
Their sale; Christie’s, on the premises, 15 May 1978, lot 106. From the Pine Room.

Childwickbury is a manor house in the hamlet of Childwickbury, Herfordshire. The house was occupied by the Lomax family for several centuries from 1666 until 1854 when it was sold to Henry Toulmin who eventually left the property to Sir John Blundell Maple, the famous furniture maker and retailer.

In 1906, the estate was purchased by Jack Barnato Joel (1862-1940), a very wealthy diamond and gold merchant, having built a fortune with his cousin and brothers under the Baranto Diamond Mining Company.

Stanley Kubrick purchased Childwickbury Manor in 1978, following the sale of its contents. His widow still lives in the Manor House today.