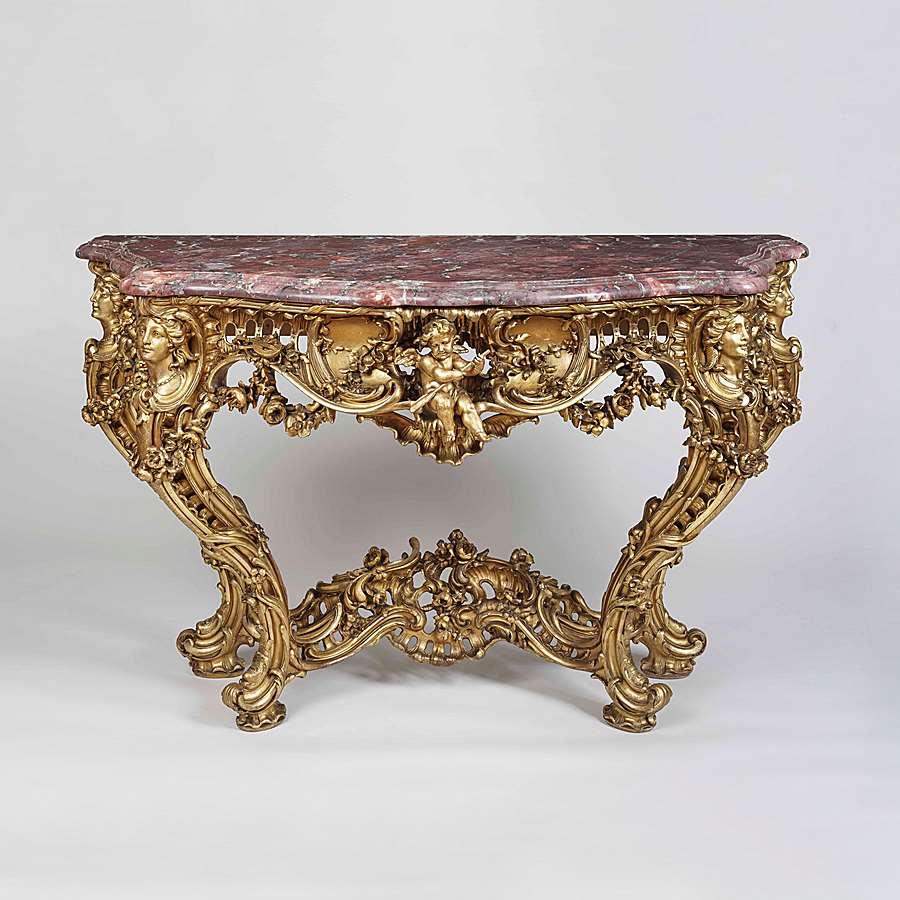 Carved from solid wood, the console table displaying its original water gilding and highlighting the virtuosity of its carver; the table rising from a scrolling base joined by a rocaille stretcher, the legs headed with female masks, the carved and pierced frieze incorporating musical motifs and floral swags with a centred cartouche of a seated putto; the carved fasces above supporting the serpentine fleur de pêcher marble top.
French, circa 1880

Pineau was a carver, architect, and designer who was a pivotal proponent and leader of the Rococo style in France and St Petersburg. Studying under the famous architect Mansart and being in close contact with his own father’s workshop, who was working as the sculptor to the French king, Pineau was engaged to work for Peter the Great in 1716, returning to Paris twelve years later where he completed several of the most opulent interiors of the time in his personal rococo style.

The present table displays several notable features of Pineau’s designs, including the palm tree branches rising from the legs, as well as the sculpted heads decorating the frieze. A drawing housed in the Musée des arts décoratifs in Paris (29123 B) depicts a table of similar design.