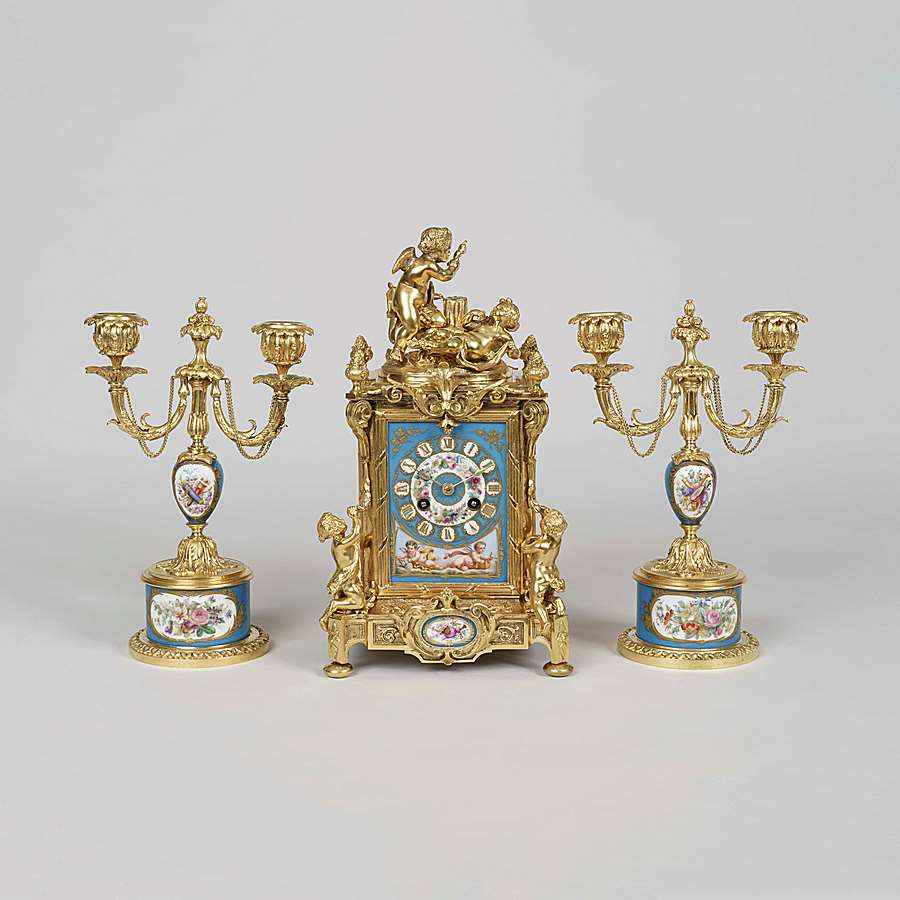 The ormolu clock case and accompanying candelabra dressed with blue 'Sevres' style hand decorated polychrome panels to the face and sides, depicting amorini, flowers, and musical instruments; the clock having volutes and fasces framing the face, with gilt painted borders and the hours delineated in Roman numerals; the two train movement has a Brocot escapement, enabling the eight day movement, and the hours are struck on a bell; with a pair of ormolu putti resting atop. The dial and backplate signed by the maker “Le Roy et Fils […] Regent Street […]” and “Le Roy et Fils,” respectively.
French, Circa 1875

Established by Basile-Charles Le Roy in 1785, the firm of Le Roy et Fils became a well-established and renowned clockmaker. Basile had been Napoleon's master clockmaker, and along with his son Charles-Louis, he worked for Princess Pauline and the Duke de Bourbon as well. Examples of the firm's work are included in all of the major world collections. The firm was located at the Palais Royale from 1785, the year of its founding, through the death of Charles-Louis at Versailles in 1865. There was also a London retail outlet located on Regent Street from 1854, later moving to 57 Bond street in 1885.