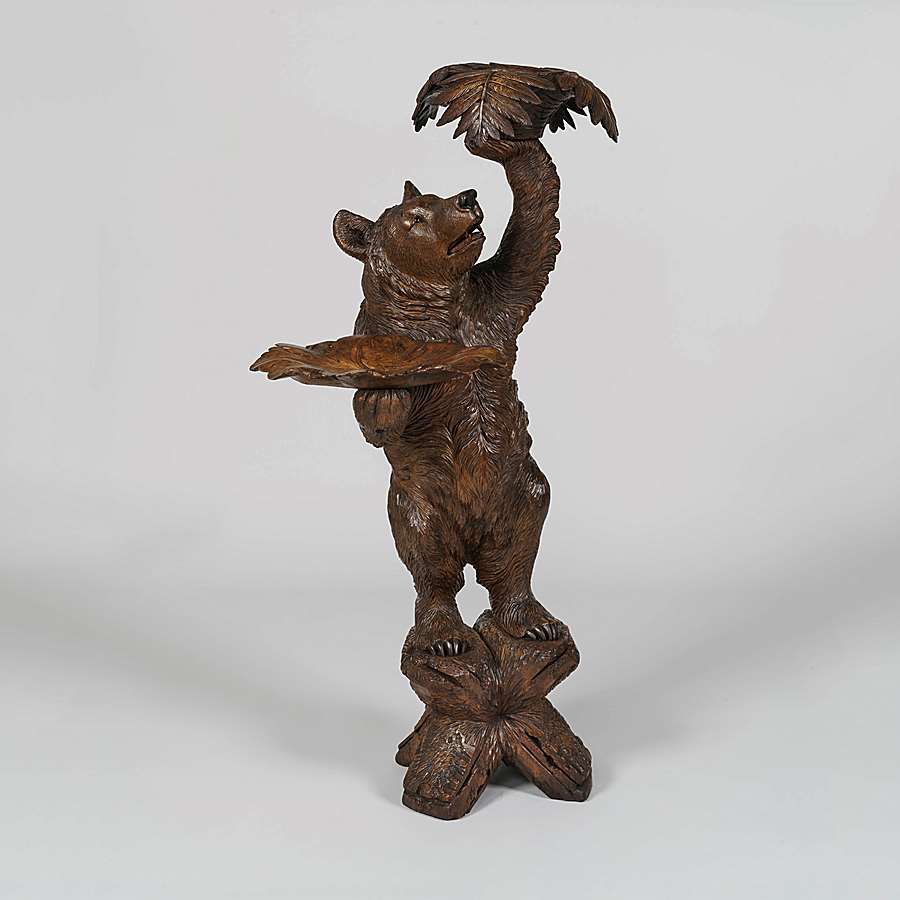 Constructed in a very well-patinated and carved lindenwood, the bear figure standing on an x-shaped outcrop, his right hand presenting a carved foliate tray, the left supporting a jardiniere above his head with carved cascading ferns decorating the rim. The face inset with naturalistic glass eyes and refined with monochromatic patination and highlights throughout.
Brienz area, circa 1890

A closely related version of this sculpture is illustrated in a catalogue published by the retailer “Meiringer Holzschnitzerei,” on the occasion of their 100th anniversary.