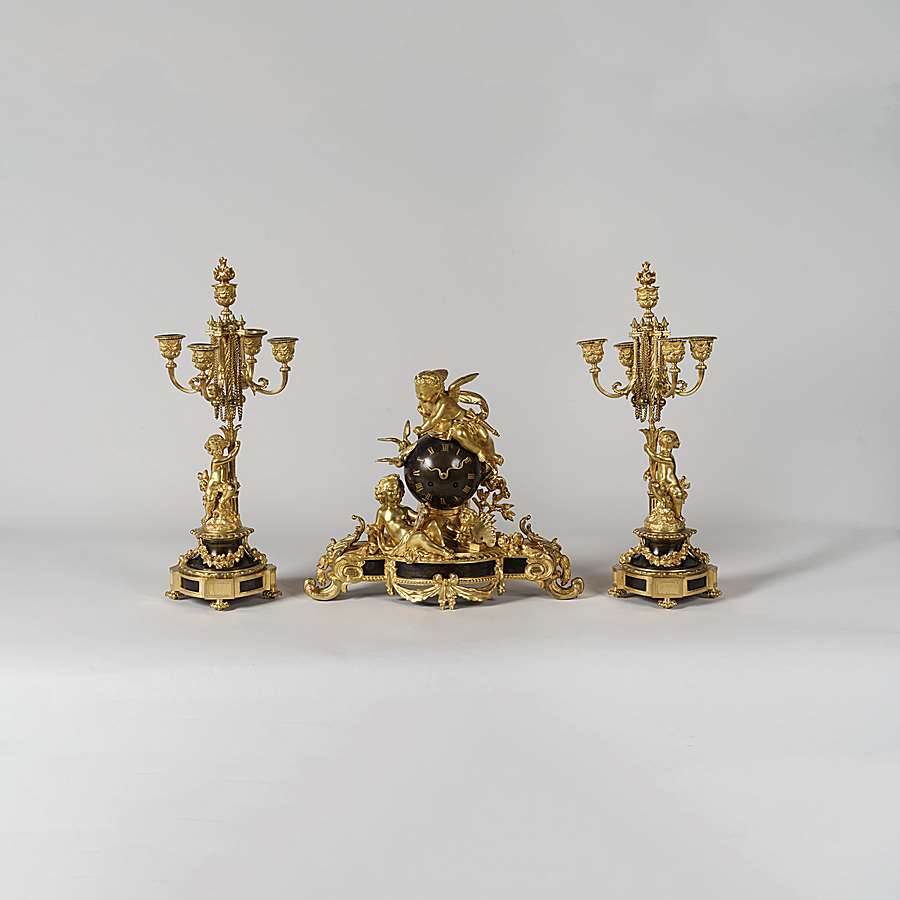 Comprising a mantle clock and two candelabra, the gilt and patinated bronze clock set designed in the Napoleon III style with a spherical dial displaying the time in Roman numerals and denoted by serpent hands; an ormolu figural group of love birds, cupid and a recumbent putto holding a hand-painted porcelain portrait populating the central clock alongside symbols of the arts; the pair of five-light candelabra dressed with floral swags and two putti. Having an eight-day bell-striking movement stamped "Raingo Frères, à Paris," the bronze stamped "H.Picard" on the candelabra.
French, circa 1860

Henri Picard, a notable fondeur and doreur, is recorded as working in Paris from 1831 to 1864, from 6 rue Jarente and later at 10 rue de la Perle.

Their work was highly regarded by the Emperor Napoleon the Third, and they supplied furniture to his apartments in Fontainebleau, now on exhibit in the Louvre.