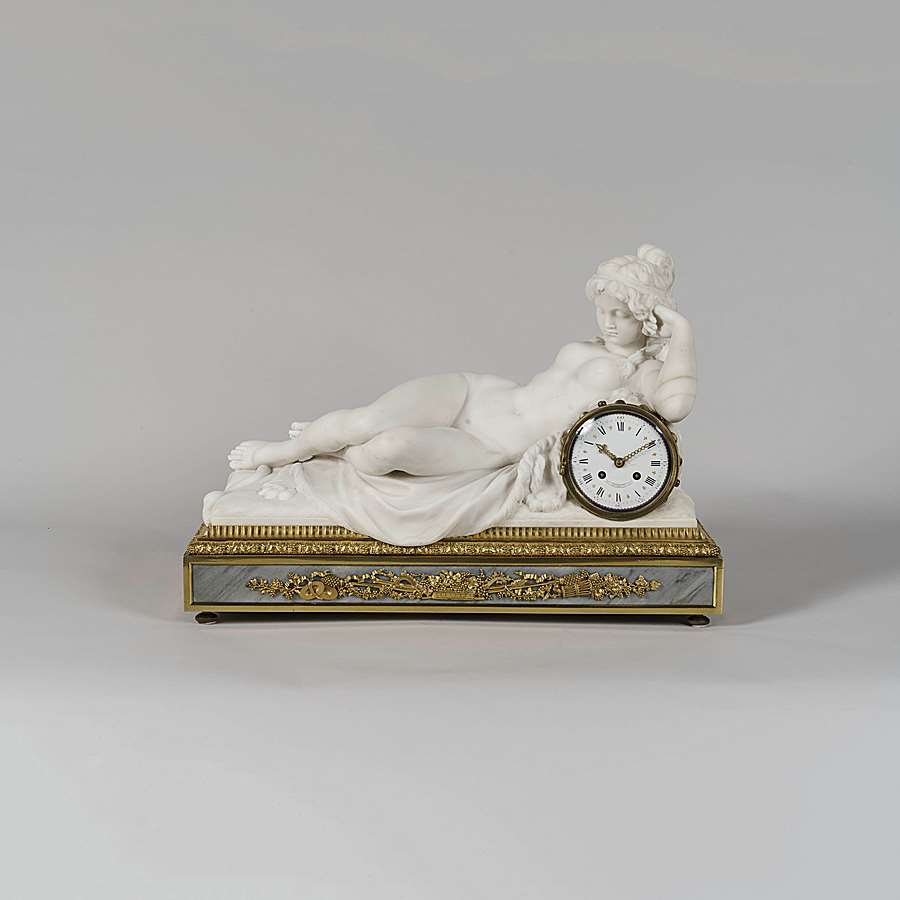 An early example of this clock was acquired by George IV in 1792, and is today in the Royal Collection (RCIN 30043).

Henry Dasson participated in the Amsterdam exhibition of 1883 alongside his contemporaries Beurdeley, Krieger, and Fourdinois. Among the thirteen pieces of furniture and objets d’art, Dasson exhibited a clock (no. 24) the description of which matches exactly to the present model.

The figure is based on a life size model of a naiad - a fresh water nymph - by Claude-Michel Clodion (1738-1814) created as part of a design for a bath house.