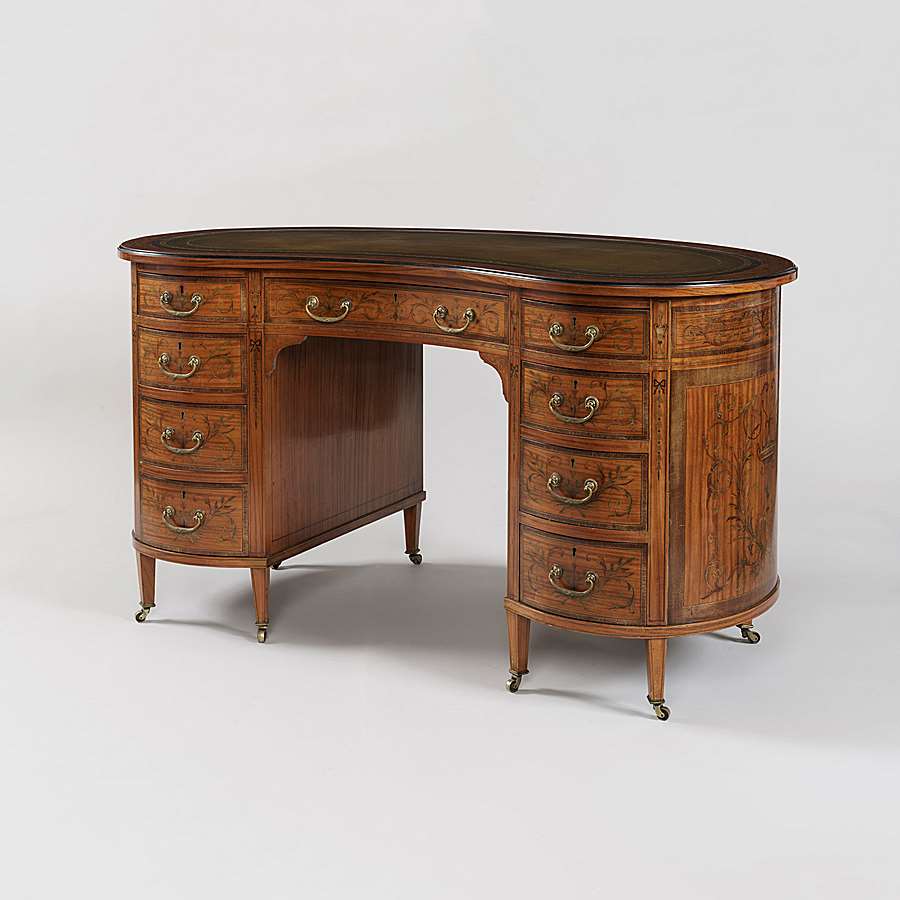 The moulded and tooled leather inset top above an arrangement of nine drawers, inlaid throughout with engraved foliate scrolls, and urns, within ebonised stringing and tulipwood banding, the whole supported on brass castor-shod tapering legs.
Circa 1890