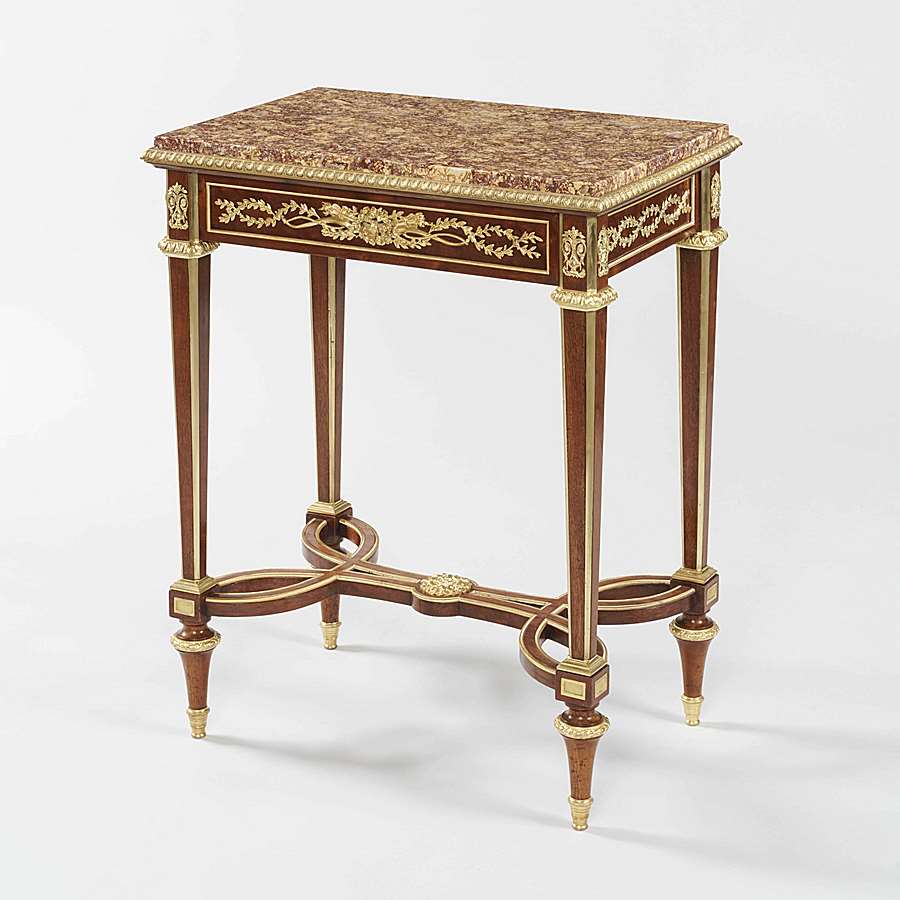 This table combines the refinement of 18th century Louis XVI style furniture with the superior craftsmanship of Henry Dasson, paying particular attention to the unusual design of the in-house designed frieze mounts, the rarity of brass fillet-strung legs, and the use of Brocatelle d'Espagne- one of the master's favourite imported marbles from the Pyrenees.