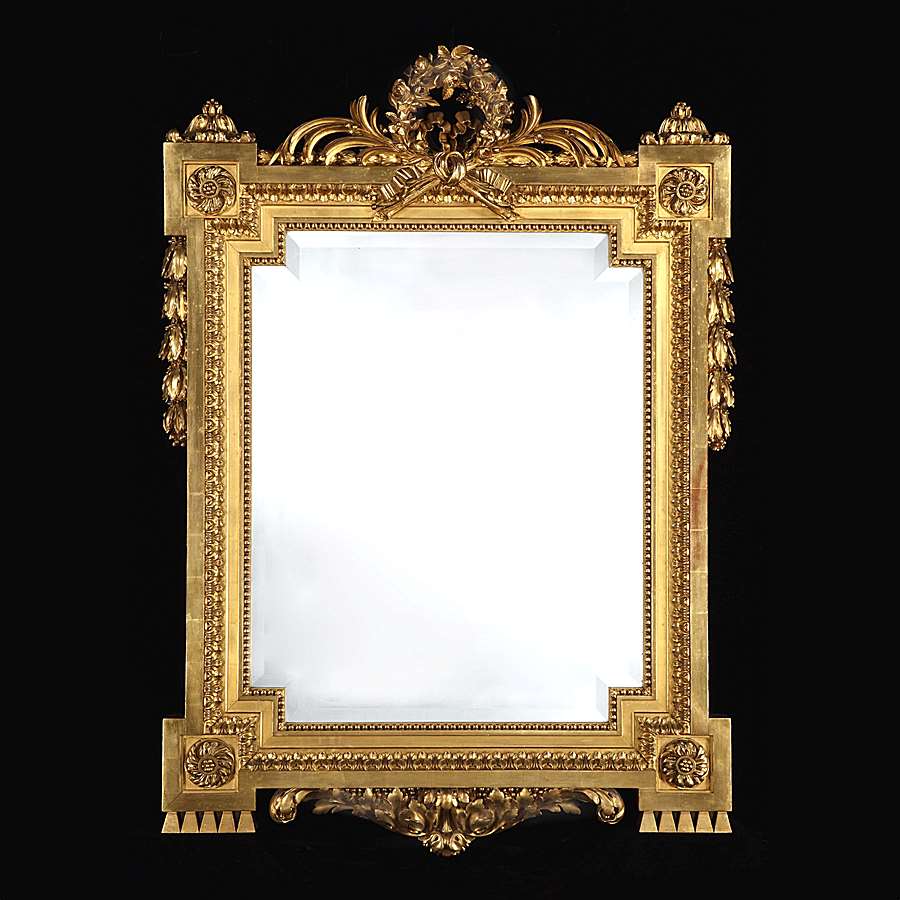 A Gilt Wood Mirror in the Louis XVI Manner By Lexcellent

The rectangular frame having everted corners, with rosaces at the angles, a central pendant foliate, a laurel wreath tied with ribbands atop, with pendant intertwined bellflowers to the sides, and housing a bevelled plate with inverted angles.
French, Circa 1880

A contemporary of the great cabinetmakers Henry Dasson and Alfred Beurdeley, the Parisian-born Édouard-Guillaume-Edmond Lexcellent established his workshops at the rue de Charenton, and later at the rue Bréguet where he was joined by Réné Lexcellent. His large atelier employed a team of 80 craftsmen, and his success is evident from his commendable participation at several Paris expositions universelles until 1900, receiving a gold medal there.

Unusual for its time, the firm of Lexcellent had an all-encompassing expertise which embraced the art of cabinetmaking, veneering, marquetry, carving, gilding, as well as casting and hand-chasing gilt bronze mounts. His ‘meubles de luxe’ were inspired by the elegance of the ancien regime, producing furniture and mirrors in the style favoured by Marie Antoinette which regained popularity thanks to the patronage of Empress Eugenie in the 19th century.