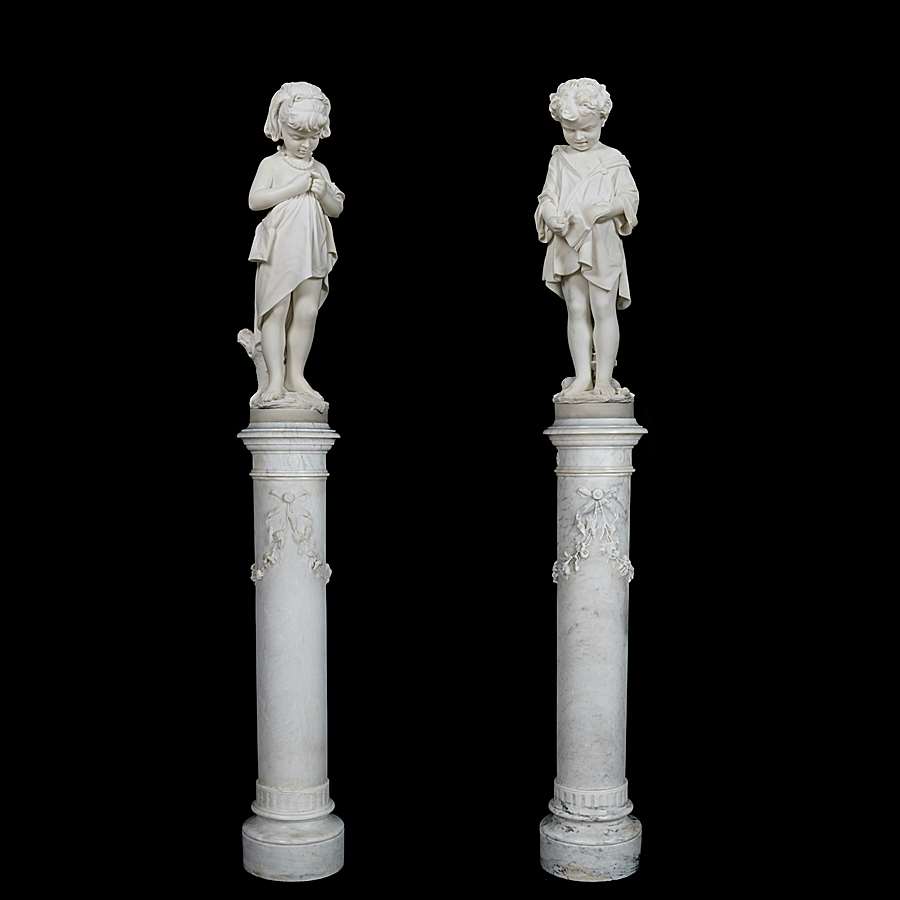 A Pair of Marble Figures By Pietro Bazzanti

A Pair of Marble Figures
By Pietro Bazzanti

Carved from Carrara marble, the figures of a boy and girl executed with supreme finesse, wearing flowing garb, the girl wearing a pearl necklace and the boy offering a page from his book. Each signed by the artist to the base "P. Bazzanti Florence."
Italian, circa 1880

Pietro Bazzanti was a central figure in the production of Florentine sculpture at the end of the 19th century. His father, Nicolo, founded the studio and gallery Bazzanti in 1822 and is still open today. As one of the most highly regarded sculptors in Italy, Bazzanti's studio became a centre for other important sculptors including Cesare Lapini, Ferdinando Vichi, and Guglielmo Pugi. He specialised in romanticised historical genre subjects as well as 19th century renditions of Renaissance works.