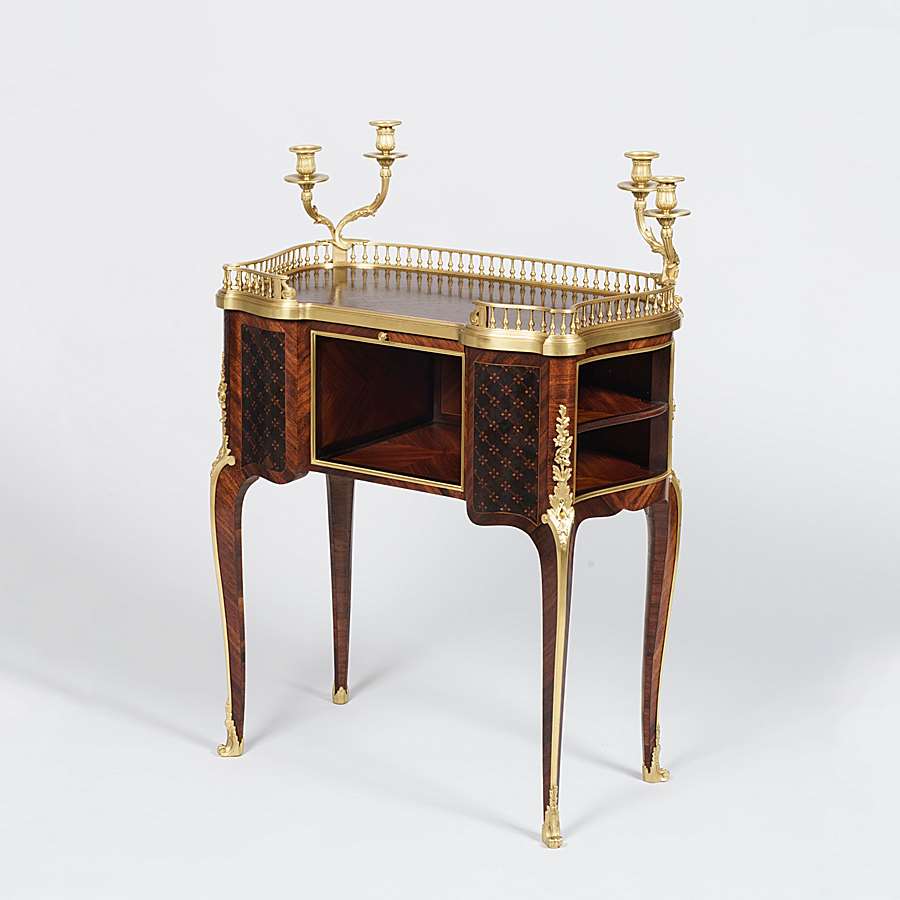 Constructed from bois satiné and amaranth, with geometric cubed parquetry inlay, the writing table on slender cabriole legs with ormolu floral espagnolettes and scrolled sabots, the inverted breakfront having a central quarter-veneered open compartment and a writing slide above with two-tiered niches to the sides; the top with a parquetry inlay and a three-quarter ormolu gallery surmounted by two twin-armed candleholders of stylised acanthus. Signed twice by the maker in the bronze.
French, circa 1870

The design for this table ambulante was a particular success for Sormani, putting a modern twist on traditional Louis XV furniture to suit the needs of his clientele. Maison Sormani  illustrated the table in their advertisement promoting their new address at Boulevard Haussmann, Paris's greatest luxury shopping street. François Linke also produced the model.

An identical model by Sormani is also illustrated in Ledoux-Lebard's dictionary of furniture makers, with a variation of compartments.

Paul Sormani, (1817-1877) born Canzo, in the Lombardy area, setting up his first workshops in Paris in 1847, finally settling in Rue Charlot in 1867, offering works of ‘ a quality of execution of the first order’. Supplying copies of furniture in the style of the ancien regime. They exhibited at the Paris Exhibition of 1849, obtaining a bronze medal, and later, the Paris Universelle Expositions of 1855 and 1867, and in London in 1862 , being awarded medals for their excellence .