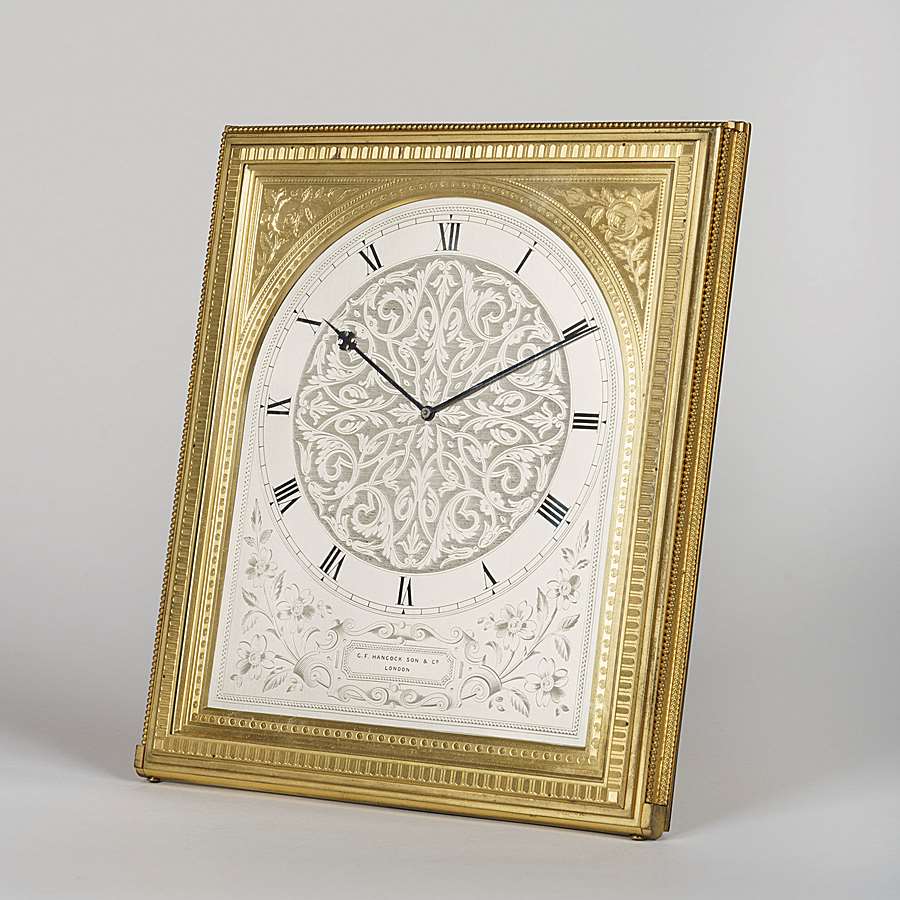 The case constructed from gilt brass and finely engraved throughout, of substantial rectangular size, and supported by means of an adjustable hinged support by means of a miniature wheel,  the outer mouldings with pearl beading around the stepped edge leading to a series of engraved borders, two spandrels engraved with floral ornament enclosing the arched silvered dial decorated in conforming manner and denoting the hours in Roman numerals with blued steel hands, its centre decorated in foliate patterns; the eight-day movement consisting of a vertical lever escapement with uncompensated balance. The dial signed "C.F. Hancock Son & Co" and the movement signed and numbered by the maker.
Circa 1860

Large examples of this kind are rare among the 300 rectangular strut clocks Thomas Cole is believed to have made during his career. Another large strut clock similarly decorated with floral engraving, albeit oval rather than rectangular, was also retailed by C.F. Hancock of Bruton Street, and bears a slightly later number.