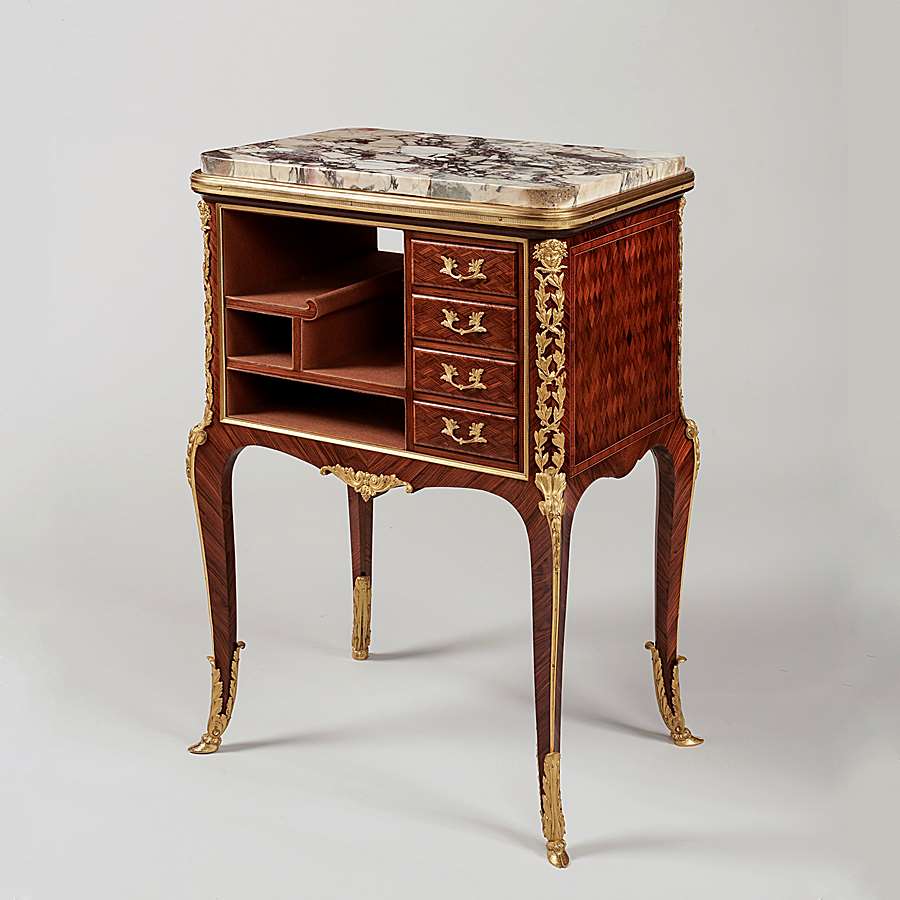 The master ébéniste using kingwood and tulipwood to great effect, with foliate ormolu mounts, rising form hoof-foot and acanthus leaf sabots with espagnolettes adorning the cabriole legs, above the shaped apron a stacked bank of four drawers faced with cubed parquetry and foliate handles flanking an open-ended shelved arrangement with upturned chinoiserie detail; the sides of conforming cubed parquetry kingwood; the whole surmounted with a fleur de pêcher platform top. One of the sabots incised “L.F”.
French, circa 1895

François Linke is considered to be one of the finest ébénistes and bronziers of the nineteenth century at a time when the worldwide influence of French fashion was at its height. He moved from the Pankraz region in Bohemia, where he had trained, to Paris in 1875, setting up shop in 1881 in the Faubourg Saint-Antoine and later with a showroom in the Place Vendôme, arguably the capital’s most fashionable address. He attracted a wealthy international clientele, appreciative of the excellence of his work.

Specialising in the style of the ancien regime, and modifying the proportions of the eighteenth century to suit the smaller Parisian apartments, he was an exhibitor at the Paris Exposition Universelle of 1900, where he was a Gold Medal winner par excellence for his extraordinary and innovative display. His worldwide reputation as a master of high individualism and inventiveness earned him the highest distinction of France, the Chevalier de la Légion d’Honneur.