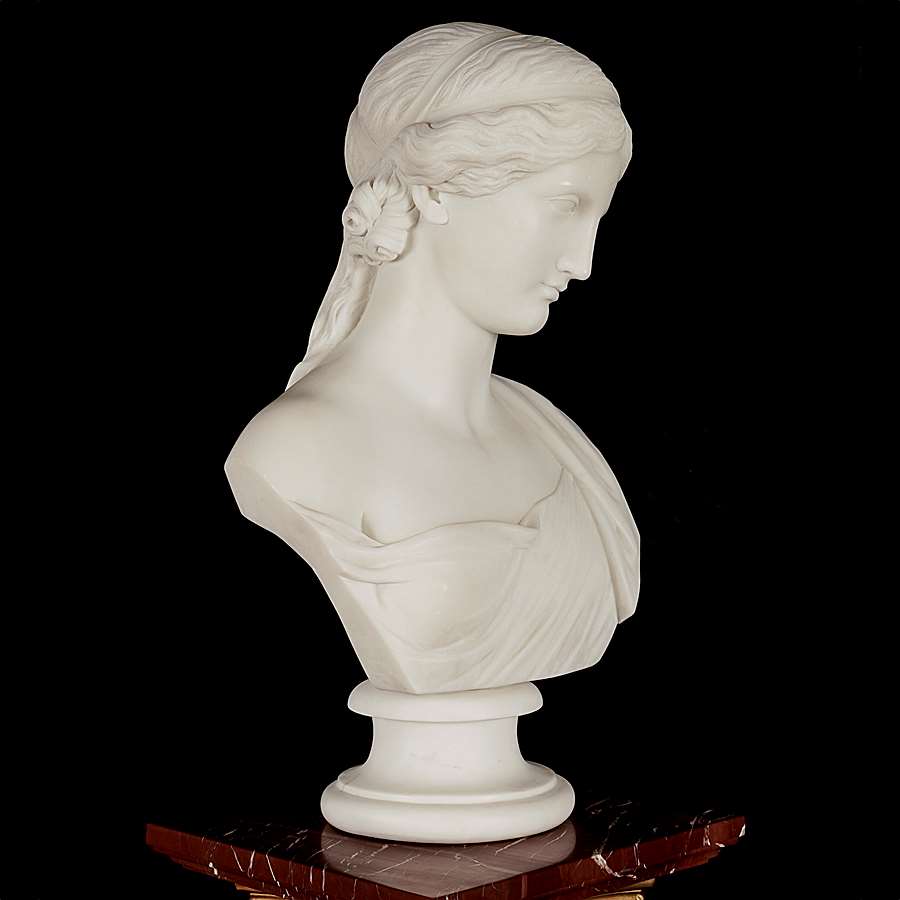 A Carved Marble Bust of a Nymph By Robert Physick

Carved from Carrara marble, the female bust signed and dated to the base “Robt Physick. Sculp : 1875.”
English, circa 1875

A marble bust of a “Bacchante” by Physick was shown at the Royal Manchester Institution in 1876, possibly the present bust.

The Physick family generated a number of sculptors and artists from the late 18th through to the close of the 19th century, including John Physick, who became a student of J W Waterhouse RA; Robert Physick, a 'marble carver' is recorded at 20 Carlton Street. Robert attended the Royal Academy Schools in 1837, where he won a silver medal in 1840. His son, William Valentine Physick, born in 1843, was also described as a marble carver and likewise exhibited at the Royal Academy, 1864-71, and at the British Institution in 1868.