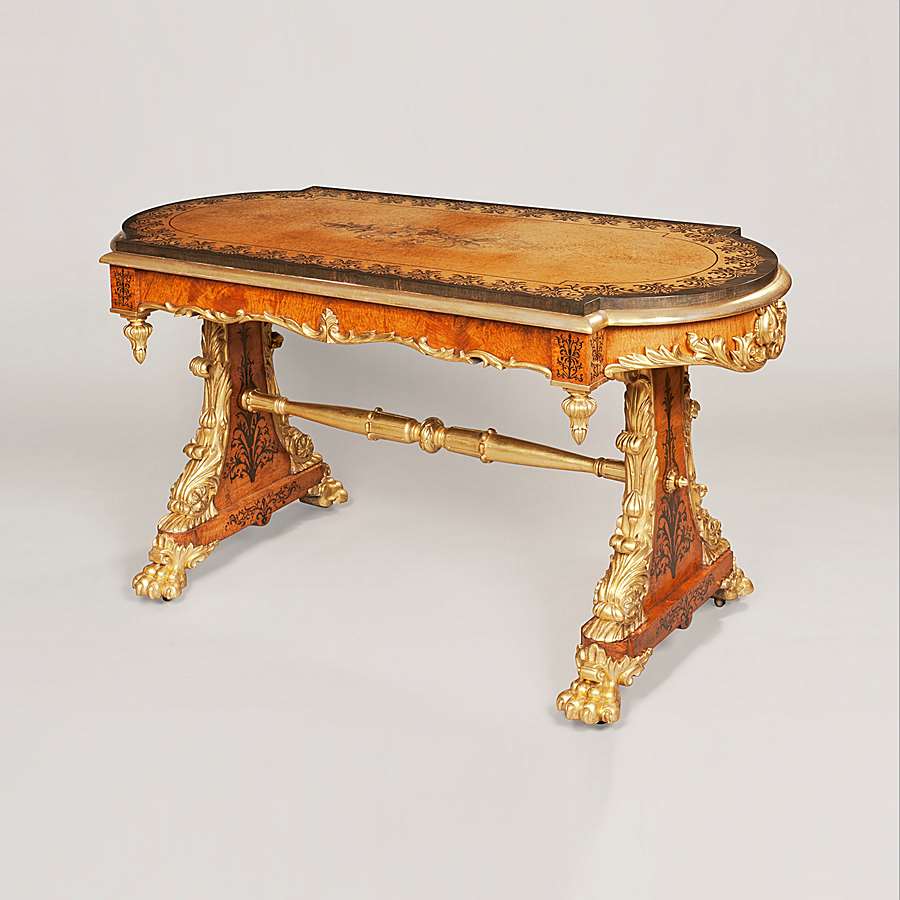 A Magnificent Library Centre Table of Exhibition Quality of the George IVth Period, in the Manner of Morel & Seddon Morel & Seddon

Constructed in amboyna, with holly and specimen woods used in the inlays; rich and extensive employment of carving and gilding of exceptional quality; the table of end support form, conjoined by an addorsed tapering ring turned stretcher, carved with lobes; the end supports of triangulated form, rising from platforms supported by winged claw feet, carved with gilded foliates and acanthus leaves, with a stylised thyrsus staff issuing leaves and tendrils, inlaid in Holly; the sides sumptuously carved with gilded foliates; the serpentine top having pendant teardrop gilded finials at the angles; the thumbnail moulded edge gilded, having a running band of holly inlaid flowering anthemion in the outer reserve, and an exuberantly inlaid marquetry posy of spring flowers, in exotic woods to the centre.
Circa 1830