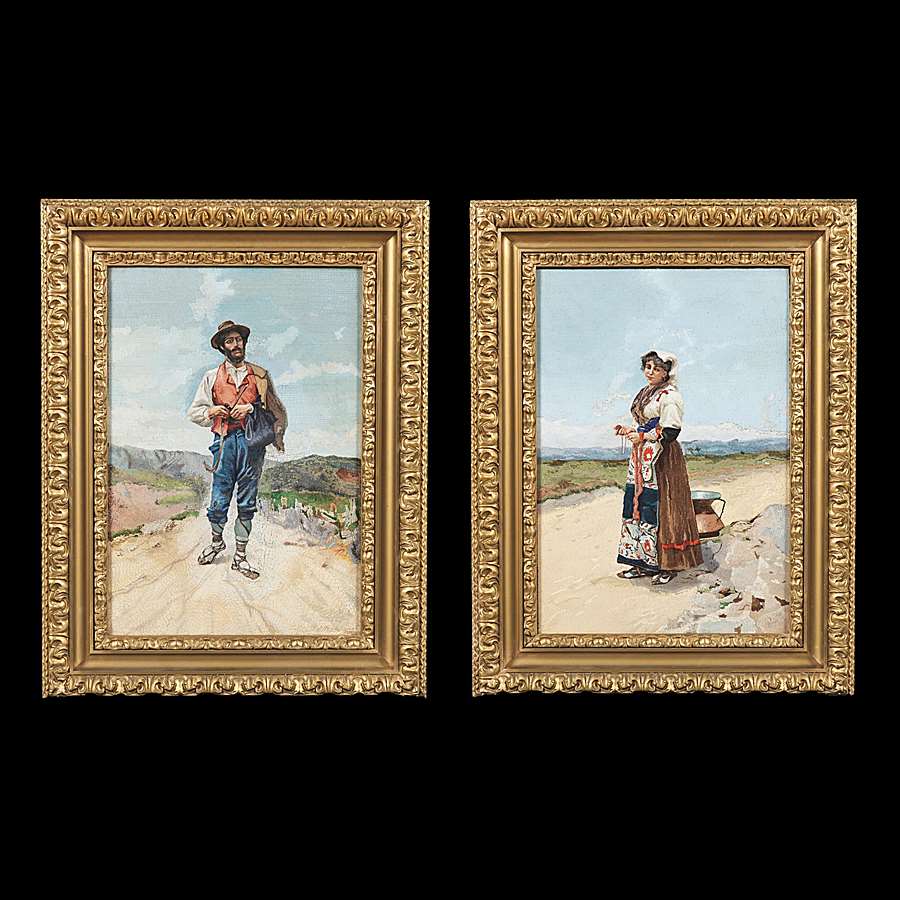 Gilt frames of portrait form enclose the plaques, which depict male and female Italian villagers in colourful traditional local costume, the Roman Campana in the backgrounds; the remarkable original labels to the obverse detail their origin, the famous Vatican Mosaic Studio, and the date the pieces were sold, 16 July 1924. The male figure portrait inscribed 'Roma' to the lower right.
The Vatican, Italy, Circa 1924