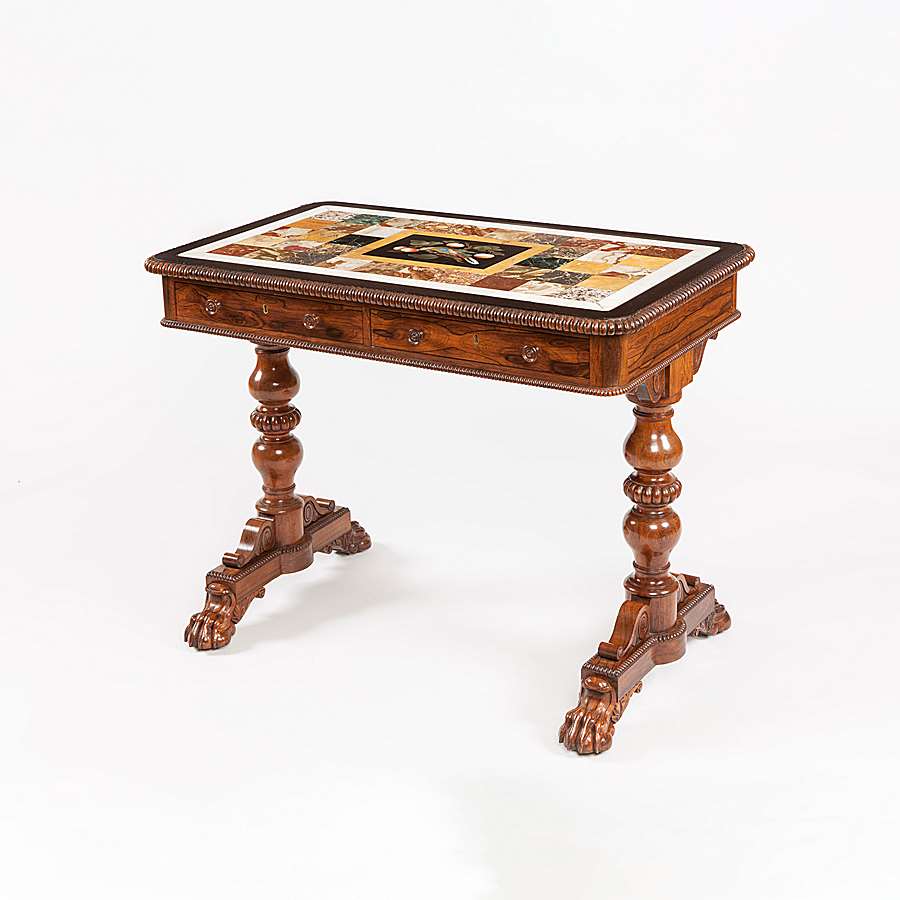 A Late Georgian Table in the Gillows Manner Gillow

Constructed in goncalo alves, having an inset Florentine pietra dura platform; of free-standing, turned and tapering end support form, with inset castors to the bipartite scrolled block bases, with claw feet; the apron having two drawers, fitted with turned wood handles, and two faux drawers to the obverse; the rectangular radiused corner platform has a running gadrooned edge, and houses the Florentine top, set with a central panel showing a bird in a peach tree, and examples of specimen marbles including Lapis Lazuli, Sienna Gallo, Verona Red, and Roman Breccia, inter alia. Circa 1825