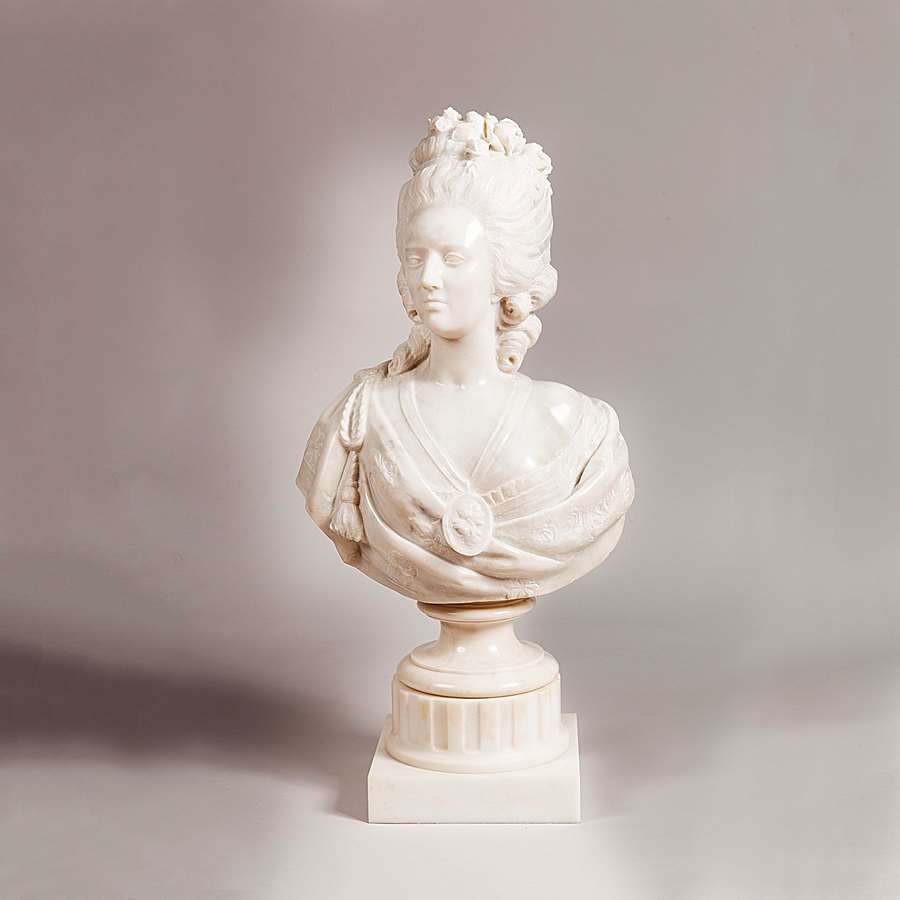 Bust of ‘Marie Antoinette’ After the original by Felix Lecomte

Constructed in Carrara statuary marble, the bust of the Queen is set on a truncated fluted column, supported by a square base. She is depicted as proud representing her office as queen for nine years, at twenty-eight years old and mother of two children. She is draped in royal garments with a fleur-de-lis pattern and wears a large medallion showing the profile of Louis XVI.
French, Circa 1880

Studied under Falconet and Vasse; exhibited at the Paris Salon from 1769-1793; winner on two occasions of the Prix de Rome; teacher at the Acadamie des Beaux-Arts from 1792; member of the Institute Francais in 1810. The original was sculpted and presented at the Salon in 1783 and is currently located at the Central Corps, Queen’s Apartment Marie-Antoinette’s Room at Versailles (inventory MV 2123).