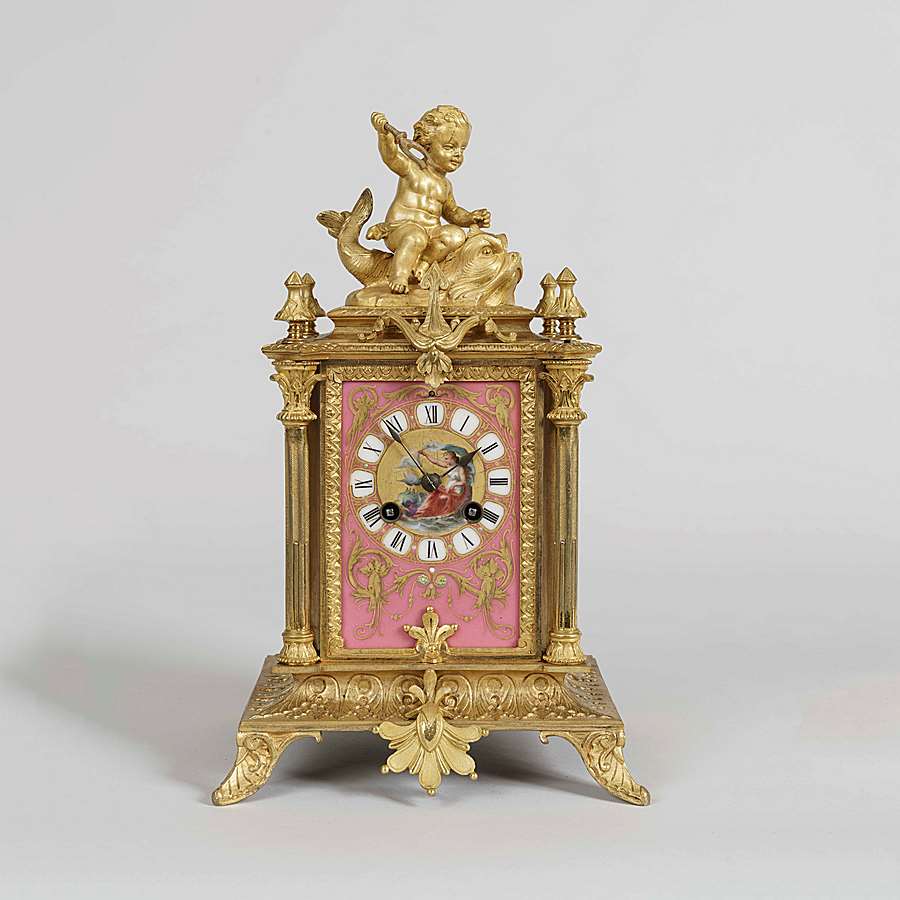 A Table Clock in the Louis XVI Manner By Japy Frères

A Table Clock in the Louis XVI Manner
By Japy Frères

The finely chased ormolu case is dressed with pink 'Sevres' style hand decorated polychrome panels to the face and sides, depicting Venus and Nereids respectively; the clock having fluted pilasters framing the face, with  gilt painted borders and the hours delineated in Roman numerals; the two train movement has a Brocot escapement, enabling the eight day movement, and the hours are struck on a bell; the backplate is marked with the maker's sigil, and numbered; atop a Triton holding a bident rides a stylised dolphin.
French, Circa 1890