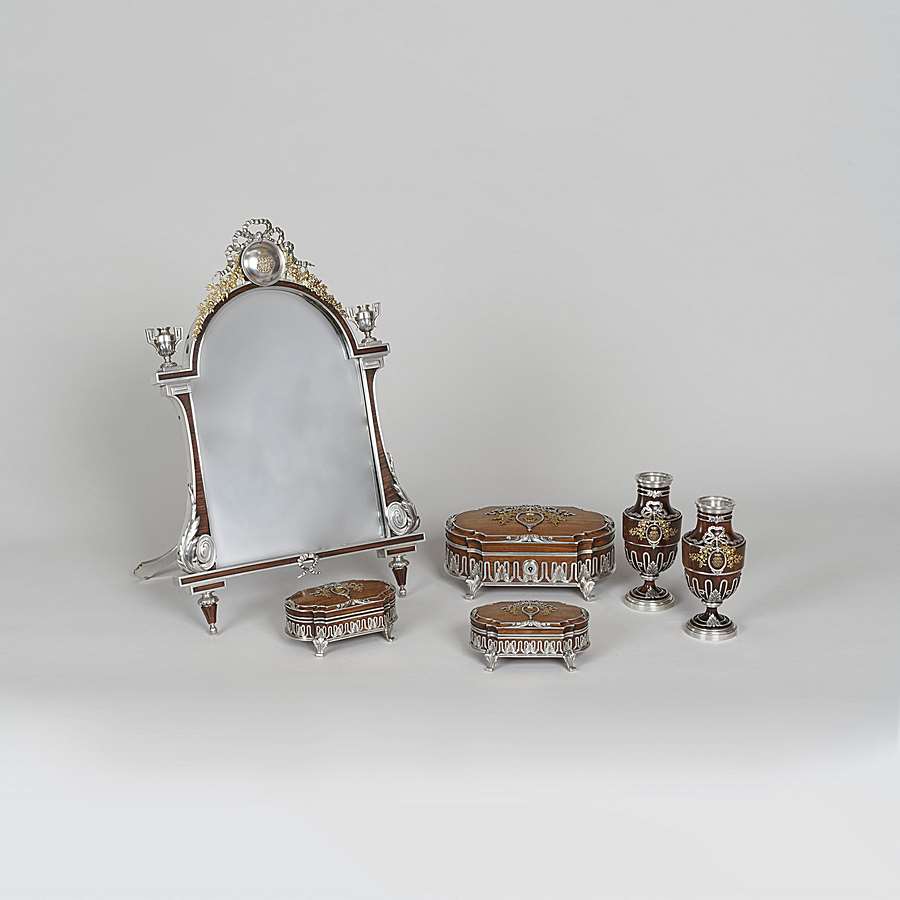 A Six-Piece Dressing Set By Gustave Keller of Paris Description