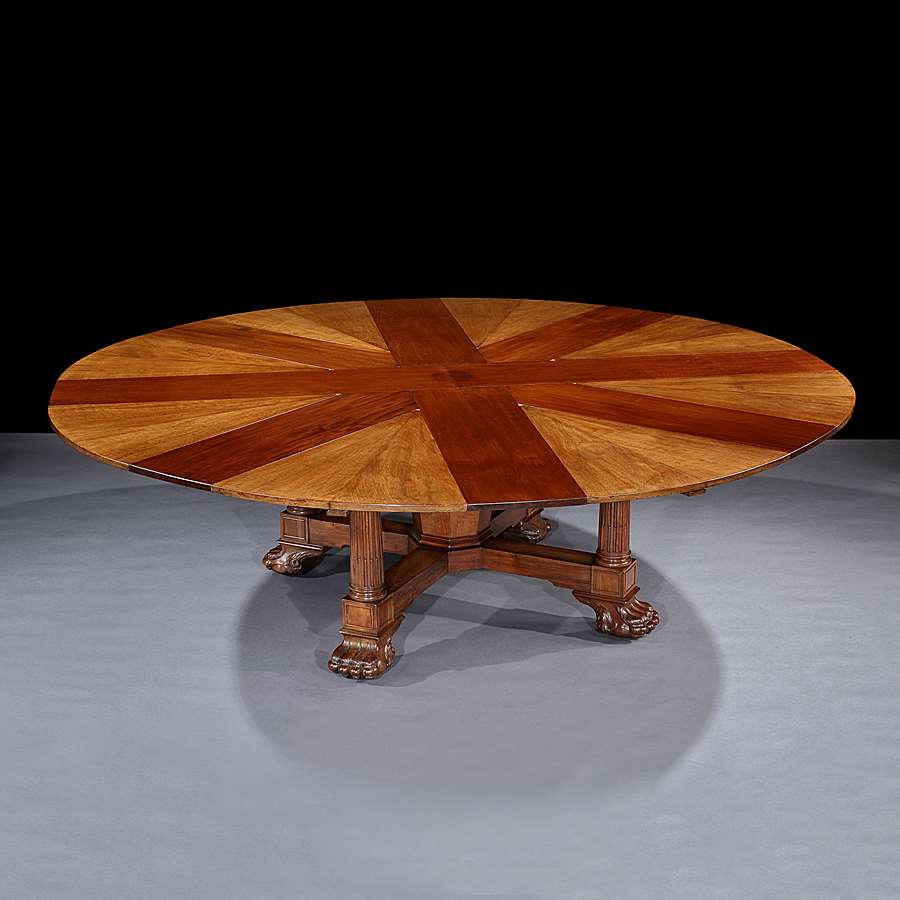 Constructed in mahogany, rising from four 'lions paw' feet, which support four reeded and stop fluted columns, having a conjoining stretcher of 'X' form; closed, the table is 66 inches diameter, but, when the ingenious capstan action is operated, the frame opens to receive one of two sets of different sized eight segment-form leaves, enabling the diameter to be increased to a maximum diameter of 96 inches. Stamped Maple & Co, London & Paris."

Robert Jupe patented in 1835 his revolutionary extensible dining table, and is recorded at 47 Welbeck Street, Cavendish Square London until 1840. John Johnstone joined him in partnership, and they traded from 67 New Bond Street until 1841 as Johnstone, Jupe & Co, and after Jupe's death, the firm traded as 'Johnstone & Jeanes' until 1880. The firm eventually closed in 1904.

Founded in 1841 by John Maple, manufacturing and retailing from the hub of the furniture centre in London's Tottenham Court Road, and through the founder & his son's drive and excellence of the products of the company, expanded greatly, trading from Paris as early as 1885.