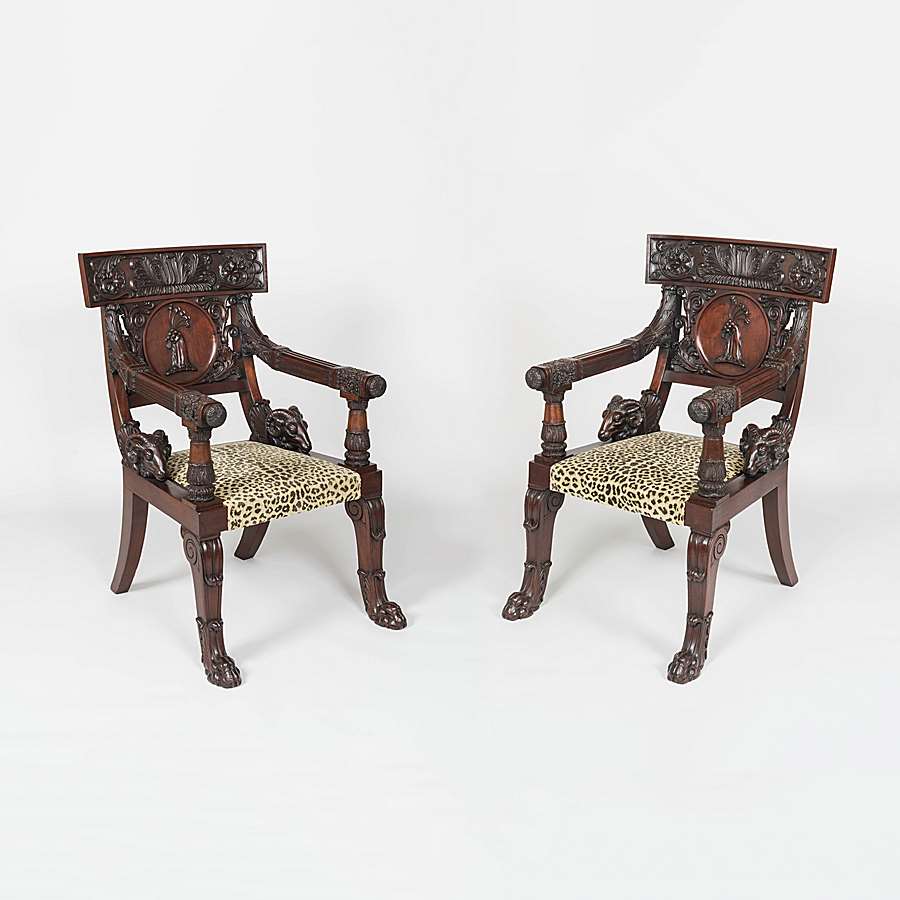 The present chairs are identical to an armchair in the Metropolitan Museum of Art, New York (67.63.1) and its identical companion in the Victoria and Albert Museum, London (w.3-1967) . As suggested by Penelope Hunter at the Metropolitan, the armchairs most likely all belonged to a larger set. Some chairs include the signature of “C. Dixwell,” referring to Charles Dixwell. Dixwell was a London “upholder” who was apprenticed to the celebrated furniture maker George Seddon for seven years, and who is recorded to have subscribed to Sheraton's Drawing Book in 1793. His profession included the tasks of upholsterer, furniture repairman, and undertaker. It is likely Dixwell was involved in commissioning, upholstering, and selling the armchairs in the early 19th century.