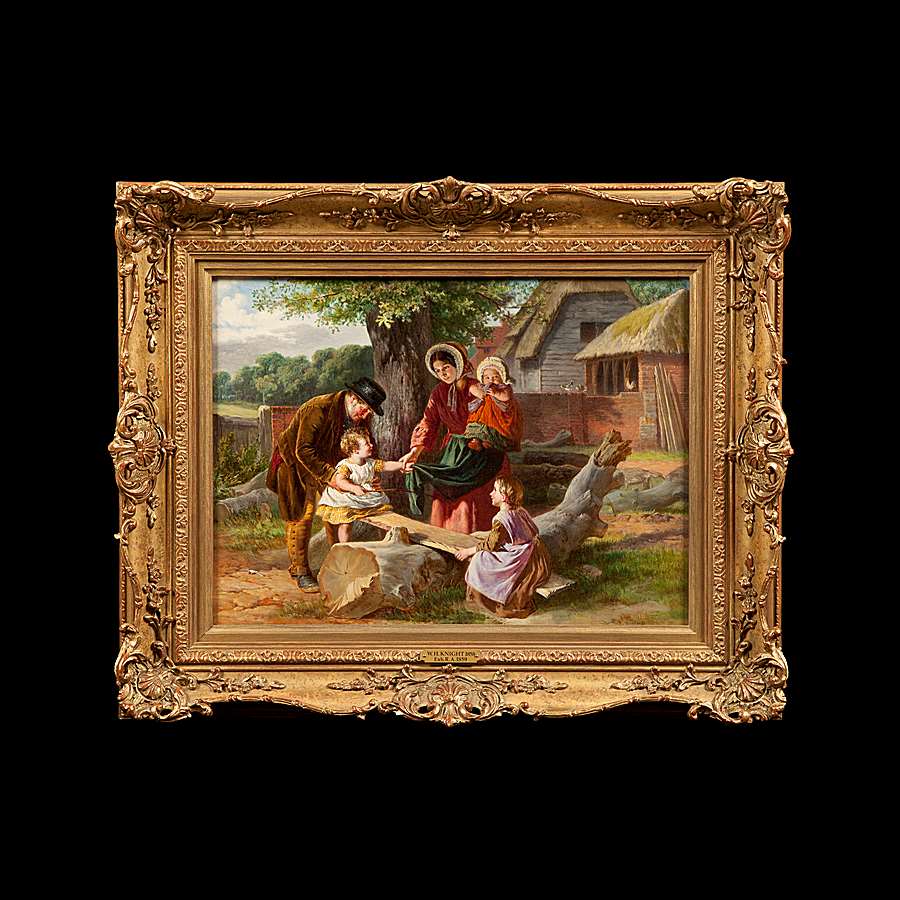 Oil on panel, signed and dated lower centre, ‘W. H. Knight, 1858’ within a swept gilt frame, with the name plate recording the painting as being exhibited in the 1859 Royal Academy exhibition.
Inscribed to the reverse ‘Number 2, W. H. Knight, The Vicarage, Thorpe, Near Chertsey’; bearing the remnants of an old dealer’s label, ‘Knoedler’.

Volume 6 of Benezit records Knight as being born in Newbury, Berkshire, and exhibiting at the Society of British Artists in Suffolk Street, and a Royal Academician from 1844 until 1863. Knoedler & Company were established in 1846 by Michael Knoedler, who was associated with Goupil et Fils. Since its inception the espoused the cause of contemporary artists. He is favourably commented upon by no less a figure than the eminent art critic, John Ruskin, and is discussed at some length in Mary Cowling’s work ‘Victorian Figurative Painting’ published by Papdakis in 2000.