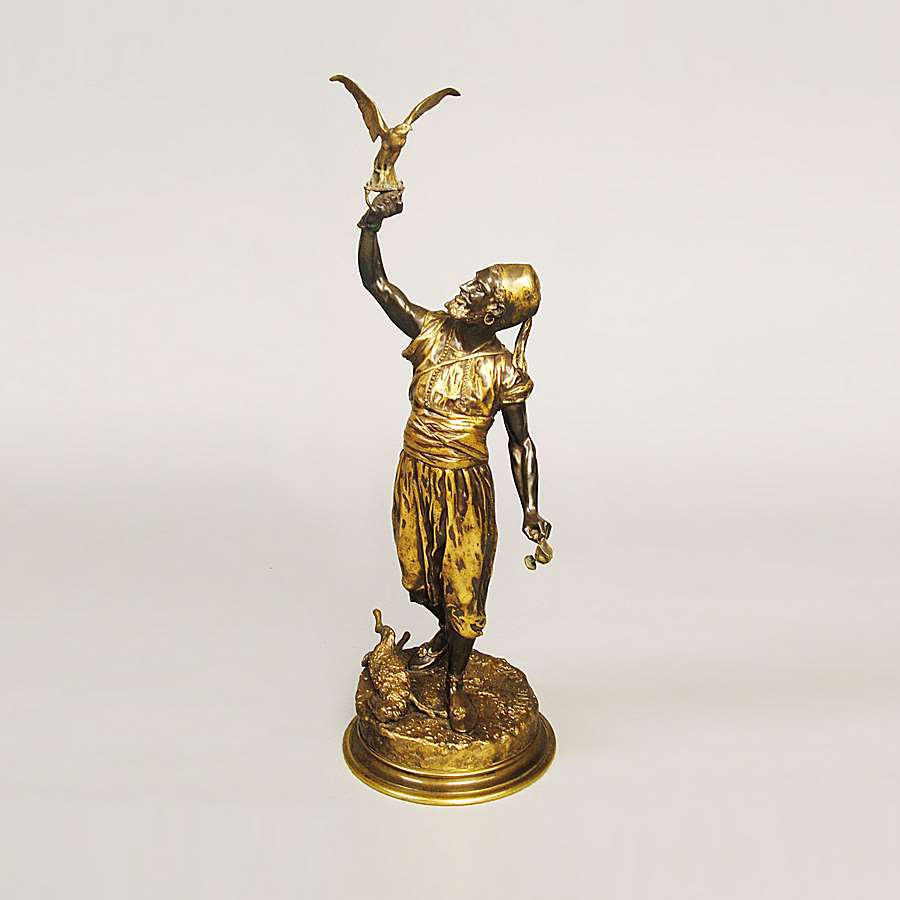 The finely cast and planished bronze, depicting a falconer walking on a naturalistic ground, with a hare at his feet, the falcon on a hand held mount, is decorated with gilt highlights, signed by the maker and dated 1873.

A pupil of Rene Compaire, Mene began exhibiting at the Paris Salon of 1838, winning numerous medals, including First Class Medals in 1852 & 1861. He was made a Chevalier of the Legion d’honneur in 1861.