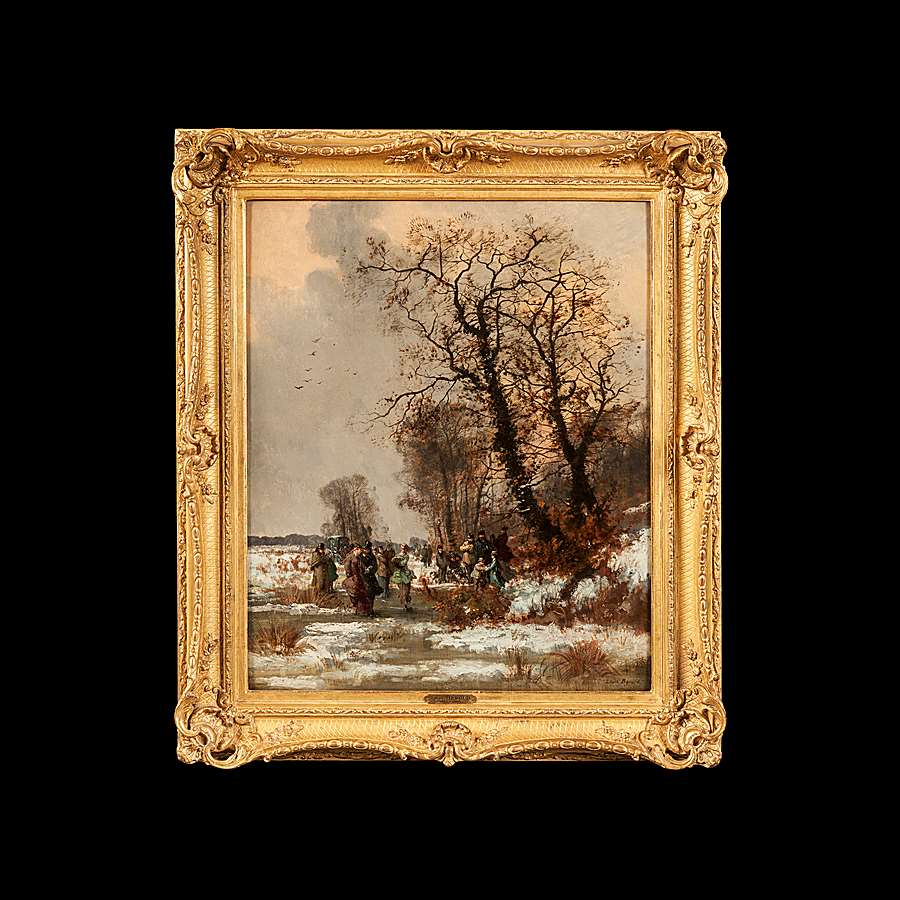 Lyon born, apprenticed to the theatrical decorators Lavastre and Gourdet, and later tutored by the renowned Léon Bonnat, the painting professor at the Ecole des Beaux Arts, whose pupils included Stanhope Forbes, Raoul Dufy and Edward Munch, inter alia. An exhibitor at the Paris Salon from 1873 onwards, he was the recipient of many medals and ‘honourable mentions’ for his works. A monumental painting, the Square Salon in the Louvre Museum, measuring 5 by almost 4 metres, a Salon medal winner, hangs at present in the Fabre Museum in Montpelier. The Musée Carnavalet, recording the history of Paris, shows six of his Parisian street scenes, and the Louvre shows four paintings. An apocryphal story is recorded that he alone noticed the absence of Da Vinci’s Mona Lisa during a visit to the Louvre museum in 1911, and questioning a guard on the matter, who assumed it was being photographed, he spoke to the museum director, who fainted and the theft was recorded, and the Louvre closed for a week. The thief, an Italian, was discovered and the painting recovered, when, two years later, he offered to sell it to the Uffizi Gallery in Florence. The Italians kept the painting for six months, despite the protestations of the French Government, showing it in regional museums around the country. The thief, one Peruggia, was hailed as a great Italian patriot.