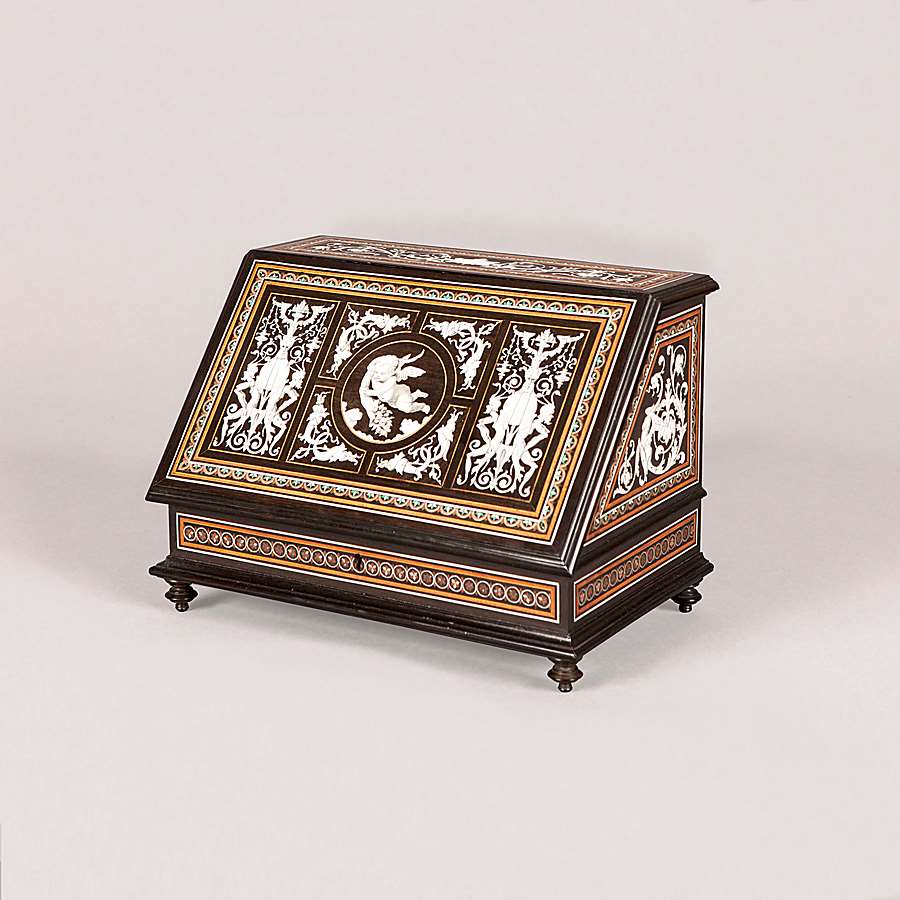 Constructed in ebony inlaid with precious woods and ivory; rising from turned toupie feet, the double hinged front opens to reveal letter compartments; the detailed and exquisite inlay has the central motif of a winged putti to the front, surrounded by arabesques and fantastic animals, with similar work to the top and sides.
Italian, Circa 1870