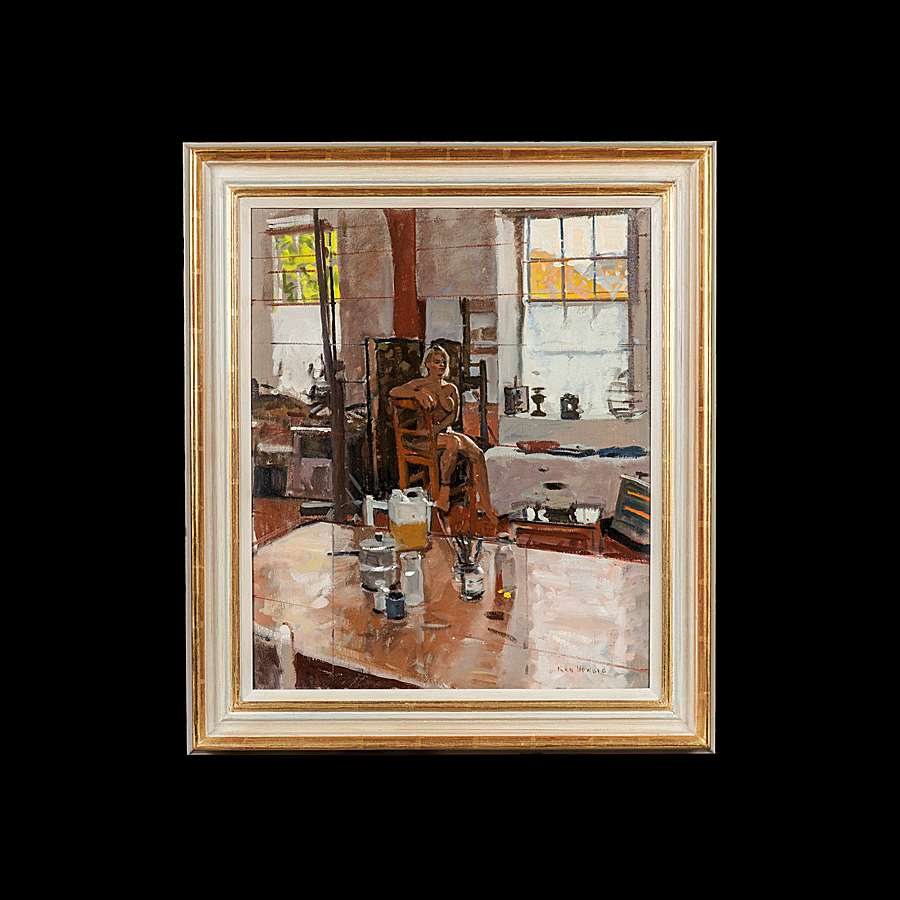 Depicting a sunny interior scene of the artist's studio with a sitting female nude. Painted in the traditional contemporary style. Oil on canvas. Signed lower right.

Kenneth Howard OBE, RA, London born, studied at Hornsey College of Art, and the Royal College of Art before his national service in the Royal Marines; official war artist to Northern Ireland; elected Associate of the Royal Academy, and then accepted as a Royal Academician.  Also, a past president of the New English Art Club.

Howard is known as one of the leading British Artists for his ability to fuse light and atmosphere in his contemporary paintings.