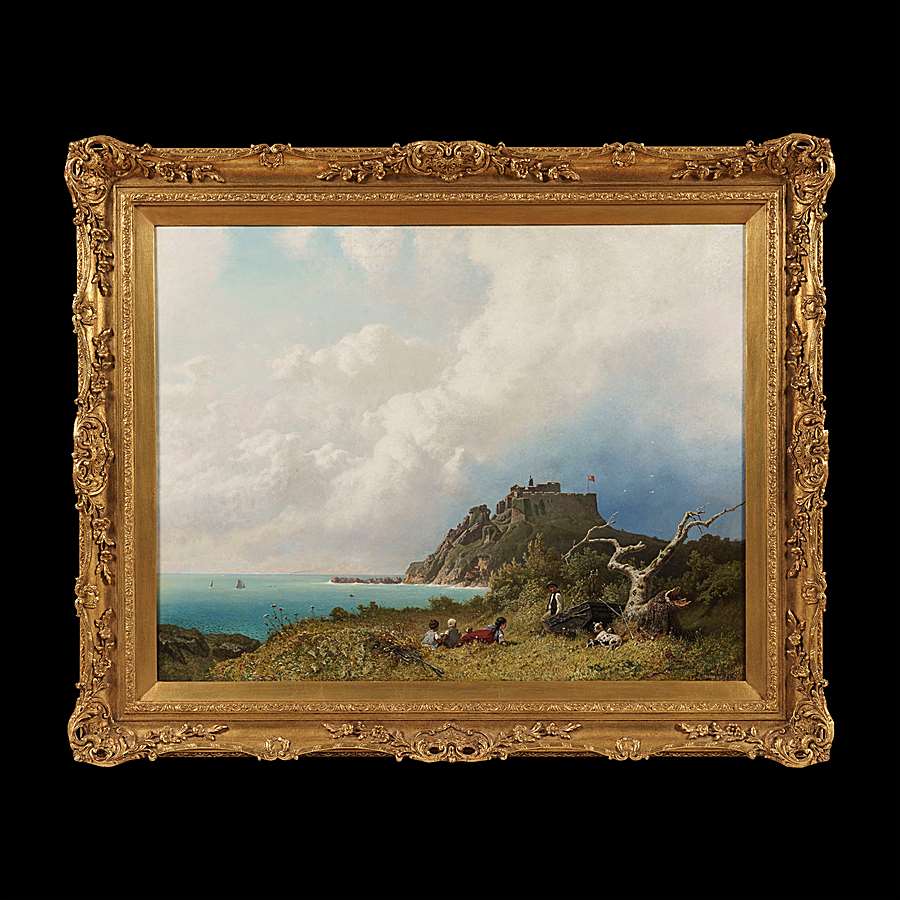 A view over the Harbour of Gorey By Eugen Krüger

Oil on canvas, signed and dated lower right by the artist, 1863.

Mont Orgueil is a castle in Jersey that overlooks the harbour of Gorey. It is also called Gorey Castle by English-speakers. One of the finest examples of a medieval castle which has cast its shadow over the beautiful fishing village of Gorey for over 800 years, the castle protected Jersey against French invasion.

The castle has been sprinkled with its fair share of royalty and was visited by Queen Victoria and Prince Albert in 1846. Records state that the Queen climbed up to the grand battery, and the Prince enjoyed the views overlooking the sea to France. The royal visit has been recorded in the Castle’s Visitors Book, as well as the proceeding royal ceremonies such as the welcoming of George V in 1921 and Elizabeth II in 1957.

Altona born, Benezit notes the artist for his landscapes and his paintings of the Franco-Prussian battle fields.