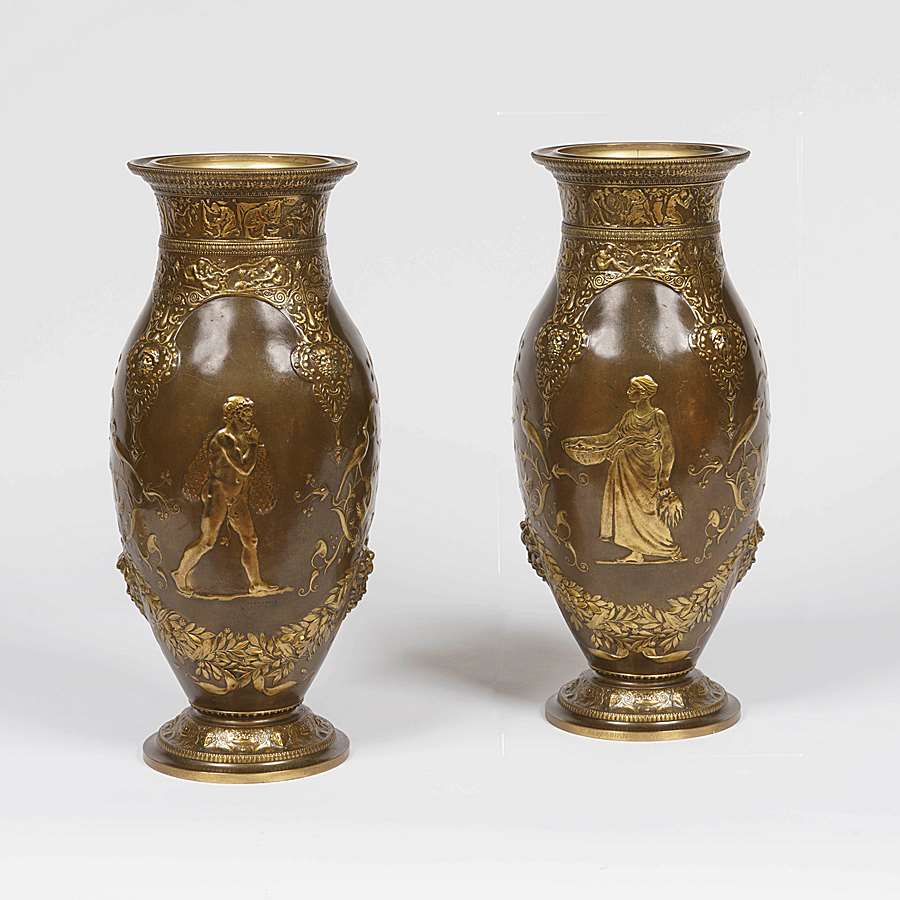 A Pair of Bronze Vases By F. Barbédienne

A Pair of Bronze Vases
By F. Barbedienne

Cast in bronze baluster form, rising from a circular base, the whole decorated extensively with bucolic ornament of flora and fauna raised in relief; an Arcadian couple symbolic of bounty flanking the central motif with birds of paradise, plants and a mask of Dionysus. The double-frieze depicting idyllic scenes of human labour and production. After an original design by the sculptor Ferdinand Levillain, and signed to the base "F. BARBEDIENNE" & "F. Levillain."
French, circa 1880

Ferdinand Barbedienne (1810-1892) and Achille Collas (1795-1859), who was the inventor of a machine that would mechanically reduce statues, started the F. Barbedienne foundry in Paris in 1838.  At first they produced bronze reductions of antique sculptures of Greek and Roman origin.  Their first contract to produce bronzes modelled by a living artist was made in 1843 when they arranged to produce the works of Francois Rude. They barely survived the revolution and financial collapse of 1848, which caused many artists and foundries to declare bankruptcy.  Barbedienne actively pursued contracts with the many sculptors of Paris contracting with David D'Angers, Jean-Baptiste Clesinger, and even producing some casts for Antoine Louis Barye as well as others.