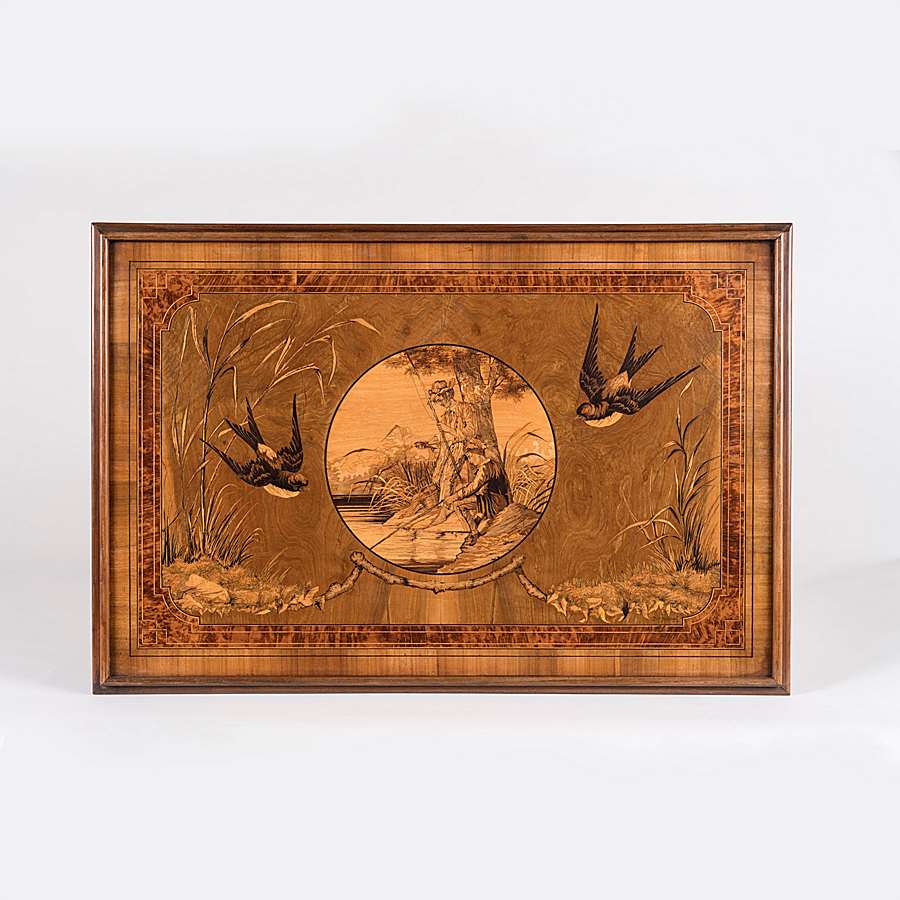 A Large Marquetry Panel of Superlative Quality
By Philippe Mignon

Of rectangular shape, housed in a moulded walnut and thuya-framed border with boxwood stringing, the central marquetry panel in the manner of David Roentgen depicting birds in mid-flight among flora, the central roundel depicting fishermen, all executed in the finest specimen woods, including harewood, sycamore, and ebony.
French, circa 1880

Philippe Mignon was a marquetry expert recorded as working together with his brother in the French town of Nice. Their patented method resulted in some of the finest marquetry produced in the 19th century, describing their work "au bois mosaïque" in the same terms used by Roentgen.

The German cabinet-maker David Roentgen was famous throughout Europe in the 18th century. He was celebrated for very refined marquetry described as à la mosaïque ('mosaic fashion'). Unlike most makers of the time he did not use hot sand to shade wood to add fine detail to his designs: almost every detail, including shadows and fine shading, was carried out in different coloured woods.