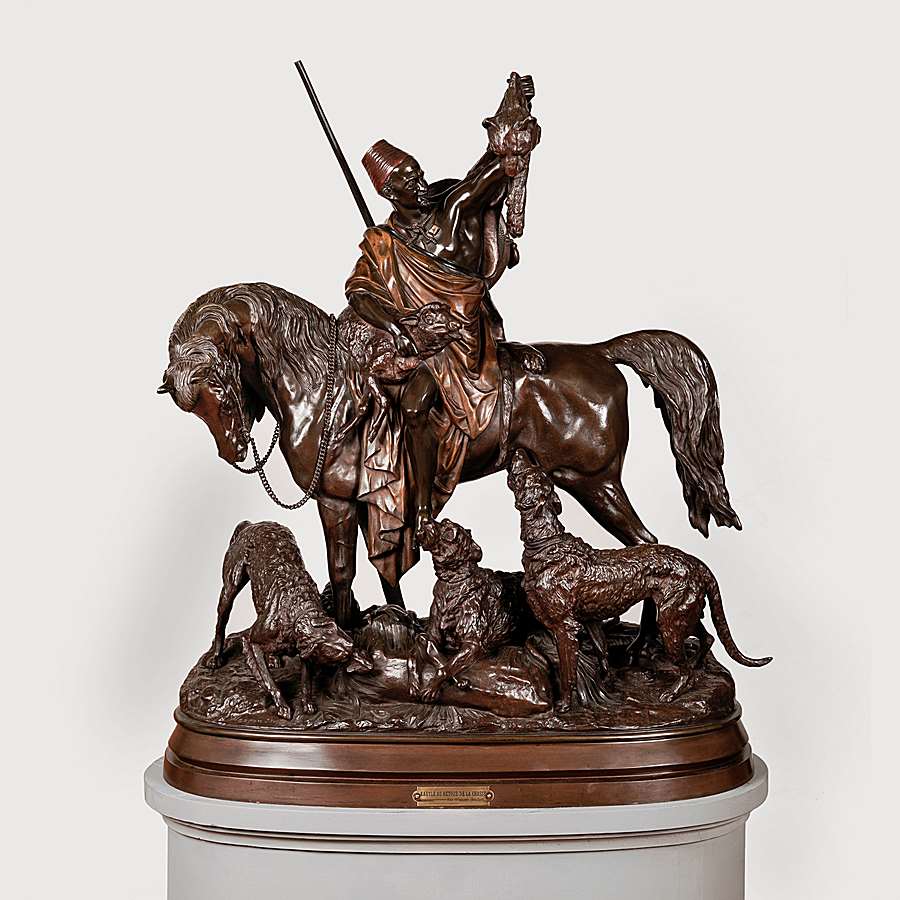 A rare example retaining its original cold-painted details in harmony with the patinated bronze; the impressive model of an Arab huntsman on horseback, holding up a lion's pelt while securing a rescued lamb to his dexter; surrounded by his three companion hounds on an oval naturalistic base. Signed to the base "Waagen sculp".
French, circa 1870

Arthur Waagen was a German sculptor and animalier, a member of the 19th-century movement specializing in the realistic portrayal of animals. After settling in Paris, he exhibited at the Salons between 1861 and 1887, conceiving his career-defining 'Kabyle au retour de la chasse' around 1870. A cast of the model is in the Dahesh Museum, New York, whilst another cast is known to have been owned by the Rockefeller family.